"I was under the impression that the personal use of cannabis was no longer an offence in NSW. "If a drug is needed for a valid medicinal purpose though and is being administered safely there should be no question of its legality. And if a drug that is proven to be safe abroad is needed here it should be available. "I agree that the regulation of medicines is a thicket of complexity, bureaucracy and corporate and institutional self interest. "My basic contention is that something that has been found to be safe in a reliable jurisdiction shouldn't need to be tested again here."

Jones read out the letter from Mr Abbott — who has not commented publicly on the issue before — on his 2GB breakfast program on Wednesday. The influential presenter has been campaigning on behalf of 24-year-old Dan Haslam, who has been using cannabis to relieve nausea associated with chemotherapy to treat his terminal cancer. Mr Abbott's intervention was welcomed by Mr Haslam's mother, Lucy, who has launched a popular online petition to decriminalise cannabis for pain relief.

Mr Baird announced on Tuesday that a clinical trial into medical cannabis will report back to the government by the end of the year. He also told the NSW Parliament that he would formalise new guidelines to clarify the NSW police discretion to not charge terminally ill adults if they are caught using cannabis for pain relief. In Victoria, state Opposition Leader Daniel Andrews has promised to legalise access to medical marijuana for Victorians with life-threatening conditions if Labor wins office in November.

He made an election promise last month to seek advice from the Victorian Law Reform Commission on how people "in exceptional circumstances" could get the drug. The commission would be asked to report back on how the prescription, manufacture and distribution of medical cannabis could be regulated by August next year. While the plan opens up the possibility of approved people growing their own cannabis or being protected from criminal charges for possessing it, Victorian Health Minister David Davis said he would only allow more clinical trials of cannabis-based pharmaceuticals.

This is how Sativex — a cannabis-derived mouth spray approved for people with multiple sclerosis — became available in Australia. Alex Wodak, the former director of the Alcohol and Drug Service at St Vincent's Hospital in Sydney, welcomed Mr Abbott's statement. "The community response to medical cannabis is very supportive," he said. Dr Wodak said about 20 countries — as well as more than 20 states in the United States — had legalised medical cannabis. Colorado and Washington have also legalised the sale of cannabis for recreational use.

Greens senator Richard Di Natale said members of the cross-party Parliamentary Group for Drug Policy and Law Reform would introduce legislation this month so that medical cannabis is no longer scheduled as an illegal drug. Dr Di Natale said the Therapeutic Goods Administration should create a special category for medicinal cannabis and that it should be available under prescription from a doctor. Queensland Liberal National Party MP Warren Entsch is also campaigning to legalise medical cannabis. A spokeswoman for Mr Abbott confirmed the letter reflected Mr Abbott's views on the issue. 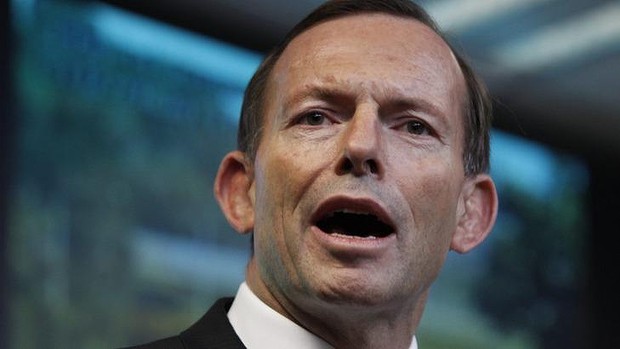