Victorians with life-threatening conditions would be able to access medicinal marijuana without breaking the law if Labor is elected at November's state election. Labor wants to legalise cannabis oil for the treatment of conditions such as cancer, multiple sclerosis, HIV/AIDS, glaucoma and Parkinson's Disease. Opposition leader Daniel Andrews said cannabis should be available for people who needed treatment in exceptional circumstances, but he ruled out legalising marijuana for recreational use. "In some cases, parents are forced to choose between breaking the law and watching their child suffer," Mr Andrews said.

"Children are in pain, families are suffering, people are living in fear, and outdated laws are getting in the way." The move follows public campaigns by Victorian families who have successfully treated their chronically ill children when other medicines have not worked. If elected in November, Labor will seek advice from the Victorian Law Reform Commission on the prescription, manufacture and distribution of medical cannabis. Labor will not legalise the smoking of marijuana for medical purposes.

Just three weeks ago, a Labor spokesman told The Age that the party had no plans to legalise the medical cannabis. It is understood there has been intense discussions within the party since then about changing their position. Mr Andrews said sitting down with nine-year-old Tara, who has Dravet Syndrome and suffered more than 100 life-threatening seizures a day before she started taking medical cannabis in 2012, and "a lot of other research" had made him change his mind.

He said it was time to update the law, with parents forced to choose between breaking the law and saving their children's lives. He stressed that the announcement was not about illicit drugs or the recreational use of marijuana. He said the Victorian Law Reform Commission would be asked to report back to parliament by the end of August and would provide options for decriminalising the use of medical cannabis. They would also create a regulatory regime for the drug.

Mr Andrews said Labor would aim to have legislation for medical cannabis before parliament by the end of next year. He said Labor wanted to introduce medical marijuana that could be taken as a liquid dropped under the tongue, as well as tablets and sprays. "We are talking about a medication to make people better, a medication to improve quality fo life, a medication to provide dignity and pain relief to those in excruciating pain." Mr Andrews said the cannabis would only be used to treat those in "exceptional circumstances", including cancer-sufferers with excruciating pain and those with Dravet Syndrome. He said hundreds of families would benefit from the proposal.

The commission would also look at where medical marijuana would be cultivated. Australian Medical Association Victorian President Dr Tony Bartone welcomed Labor's announcement. "There is a growing body of evidence on cannabis as an effective treatment for some types of chronic pain, the control of muscle spasticity, some forms of nausea and as an appetite-stimulant in patients with weight loss due to cancer or HIV."

He also called for more clinical trials for medicinal cannabis. But Victoria's Health Minister David Davis said he needed more evidence before the government made a decision on medical marijuana. "What is important is that we focus on the scientific evidence that is available." He called for more clinical trials, saying they would let the government "be in a better and more informed position."

Mr Davis said he had asked an expert group to provide the government with advice on medical marijuana, but could not say when they would report back to him. "This is about the safety of the community, ensuring that the products that are available for the treatment of patients are both safe and effective." He said the Law Reform Commission was not a medical body, and "not in a good position" to asses the clinical trial evidence. Mr Andrew's pledge comes as support for legalisation of medical marijuana gains momentum in Australia and overseas. In New South Wales, new legislation to legalise medical marijuana may pass as early as next month after both major parties indicated tentative support.

Tamworth MP Kevin Anderson plans to introduce a private member's bill in support of medical marijuana possibly at the next state parliamentary sitting in September. NSW Premier Mike Baird, Deputy Premier Andrew Stoner and opposition leader John Robertson have all given their provisional support for the bill. At a federal level, a multi-party group of MPs, including northern Victorian Liberal MP Sharman Stone and Queensland MP Warren Entsch, are working on a bill to allow cannabis oil as a medical treatment for epilepsy sufferers, cancer patients and other life-threatening illnesses.

Mr Entsch said he opposed recreational marijuana use, but supported the use of cannabis as a prescribed treatment. "I'd hate to see people tagged as criminals because we don't have the flexibility to recognise the positive and scientifically proven benefits of this natural substance," he said. Norfolk Island would have been the first Australian territory to trial medical marijuana until a planned local trial was halted by the federal government.

Earlier this month, Norfolk Island's Health Minister Robin Adams gave a green light to a Tasmanian company, Tasmanian Health Cannabinoids (Tascann), to grow a cannabis crop for a local trial of medical marijuana. Last week, the Commonwealth stepped in to overturn the decision, with the island's administrator, former Liberal MP Gary Hardgrave revoking the local licence to grow the crop. Ms Adams said the trial would provide a "much needed medical product for export" while also being a "great opportunity" for Norfolk Island, which as an external territory is not part of Australia's welfare and tax system.

Tascann may challenge the decision with the backing of the Norfolk Island community. Meanwhile, medical marijuana also has increasing grassroots support within the community. A series of rallies are being organised across the country on September 14 in support of making cannabis oil available for treatment of life-threatening and terminal illnesses. Medical marijuana activists the Australian HEMP (Help End Marijuana Prohibition) Party have also announced their plan to attempt to run in the Victorian state election on November 29. 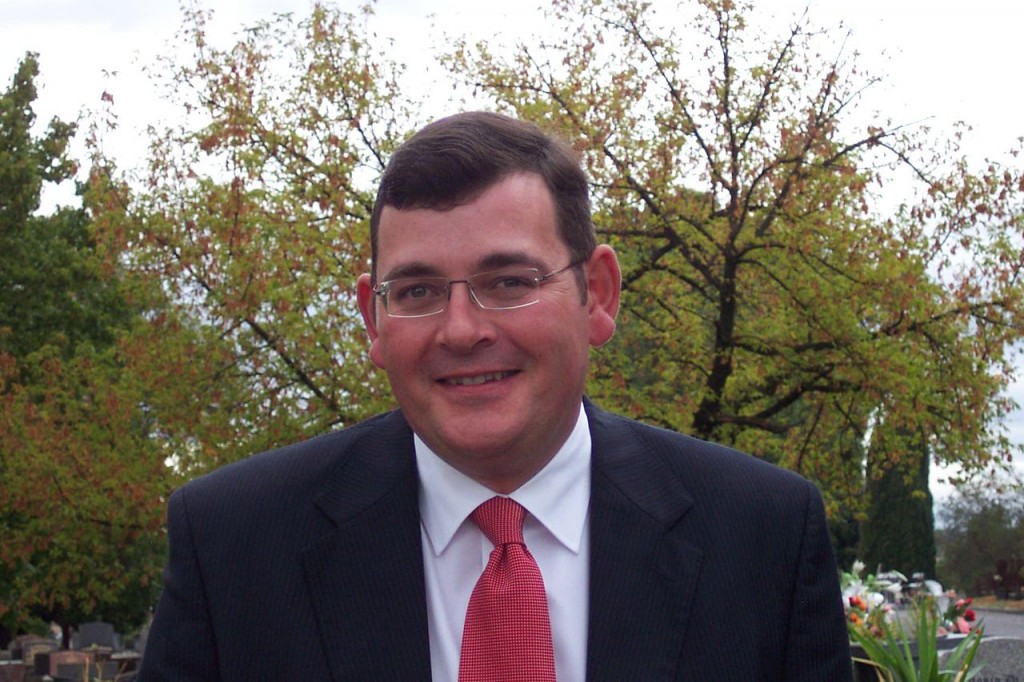 Aug 24, 2014
The General
T
J
Australia: Capitol Should Be Next For Medical Marijuana