"We are very pleased with the current results of this ongoing investigation," said Cherokee County Sheriff Roger Garrison. "It is an excellent example of what can be accomplished when local and state agencies work together to remove illegal drugs from our streets"

A tip from the public sparked the investigation and culminated in the arrests of Ollie Marchbanks, 32, of Snellville; Noah Sanders, 36, of Dawsonville; Graig Medon, 33, of Gainesville, and Madeline Stoddard, 25 of Gainesville. 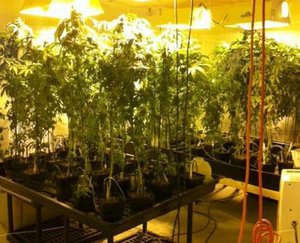 T
$16 MILLION+ WORTH OF MJ DESTROYED