Ive recently harvested two feminized autoflowering tutankhamon plants by pyramid seeds and to my surprise ive come across 5 or 6 seeds from each plant so far after smoking about an ounce. Im just wondering if anyone had any experience with this? They were grown outdoors with 3 other photoperiods which are feminized also and the neighbor has a female plant growing as well. I dont think the plant was stressed, didnt show pollen sacs at all while growing either. Will these seeds harvested be feminized autoflowering also? 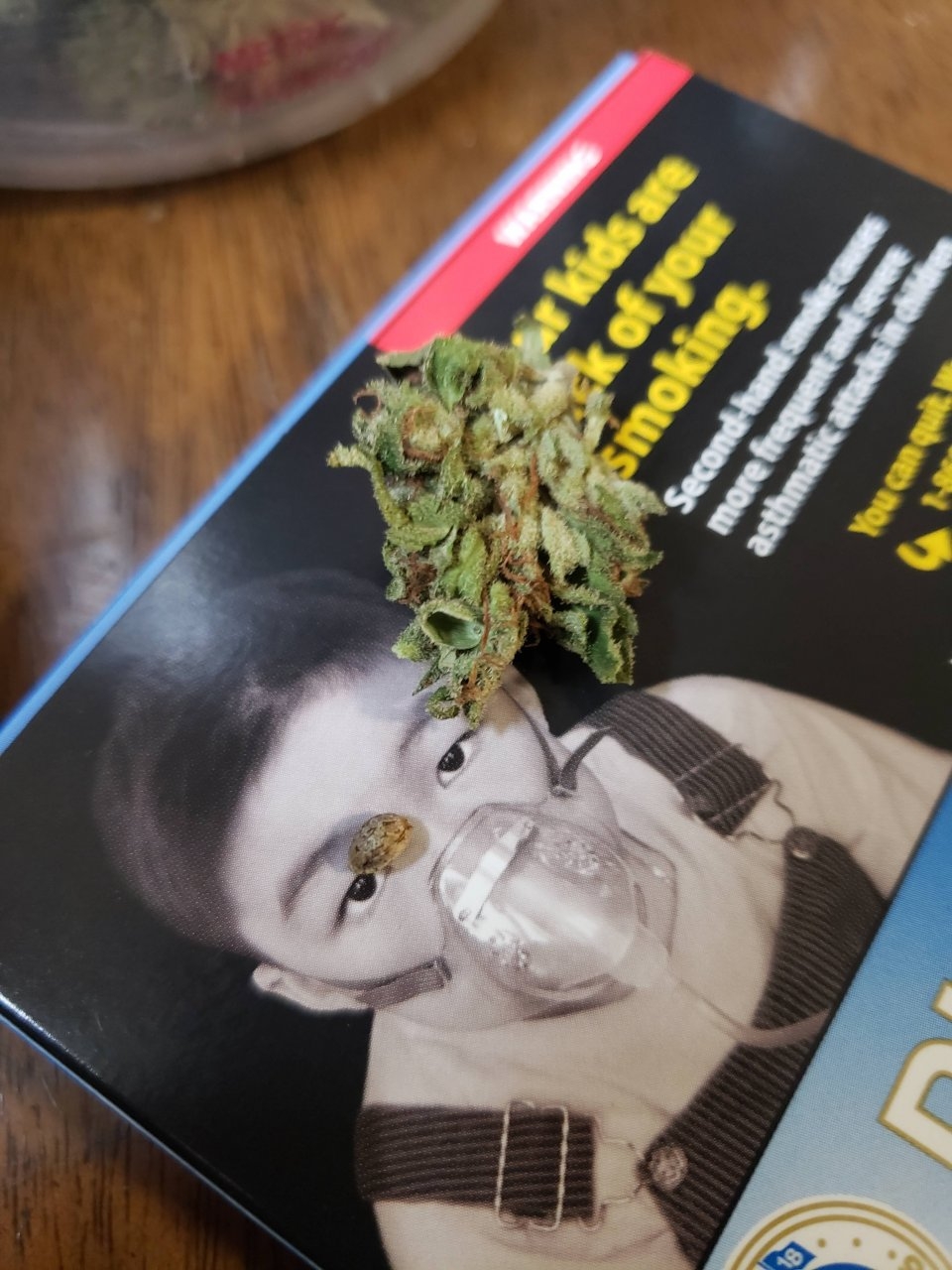 Someone's plant produced opposite-sex flowers and the owner failed to detect/eradicate them in time. Or else there's a rogue male around there, I suppose.


MrG1979 said:
Will these seeds harvested be feminized autoflowering also?
Click to expand...

If it was a hermaphrodite, then the seeds will probably be as well. If it was a nominal female reacting to stress, then they'll be feminized - but they'll likely also produce opposite-sex flowers if subjected to the same level of stress as Mama (which might have been extreme... or not). If the pollination was due to a rogue male, than they'll just be normal cannabis seeds (IOW, could be either sex).

IF both parents (or the one, if it self-pollinated) were autoflowering plants, then yes. Otherwise, if only the one was, with a photoperiodic parent... then, no, they'll carry one autoflower gene (takes a pair, because it's recessive) but be photoperiodic. Two such plants, crossed together, will produce a mix of photoperiodic and autoflowering seeds, if you want to perform some incestuous breeding. See:

Cigarette Smoking Cessation Attempt #32,768: In Progress, November 2019. "It's the addiction speaking, so please make allowances (thanks!)."

HELP by visiting our sponsors
PARTICIPATE by reading, learning, & teaching in our forums
DECIDE by voting in our contests
Helpful Links For New Members

I had many times seeds in buds that I bought from local dealers. Always wanted to get them planted when it was good high