Lorelei Ulrich has been on more than a dozen medications, and last month had surgery to try to control her epilepsy. She also just turned 7 years old last week. Her mother, Middletown native Dana Ulrich, said she has exhausted her medical options, so her journey to help her daughter has now taken her to the offices of state legislators. She and dozens of other families want the lawmakers to make Pennsylvania the 24th state to legalize medical marijuana to treat epilepsy, PTSD, cancer and AIDS patients. "I see her life deteriorating. I see her condition deteriorating. I see her quality of life is very poor and the doctors have tried everything. We have gone along with everything they have suggested for us ... There comes a point where a parent says I have to do something that is going to help my child," she said.

The Ulrich family, which now lives in Berks County, over the last five years has put Lorelei on more than a dozen different courses of medication, special diets and two weeks ago had a Vagus nerve stimulator surgically implanted in the child's neck to try to control her epilepsy. Still her seizures have gotten more frequent, up to 600 a day, and each lasts longer, up to several minutes. She said Lorelei's doctors now recommend she turn to canabidol-based, or CBD, medication, manufactured from the marijuana plant. Strains such as Charlotte's Web have been shown to reduce the frequency and length of seizures in children by acting as an anticonvulsant, although National Institutes of Health studies have not shown yet how that process works. "We've seen so many people across the country and around the world who have had success in treating epilepsy with medical cannabis .... Unfortunately it is not legal in Pennsylvania," she said.

Public opinion and many legislators are on Ulrich's side, but critics, including Gov. Tom Corbett, oppose opening up the state to medical marijuana, which is still classified as a controlled substance and has few FDA-approved medical applications. Sen. Daylin Leach, D-17, Upper Merion, and Sen. Mike Folmer, R-48, Lebanon County, have a bill in the state Senate that would legalize medical marijuana; and Rep. Jim Cox, R-129, Berks County, has an identical bill in the House. Folmer referred to it as a "whole plant" bill that would allow for medical applications from the entire marijuana plant.

"I believe this plan gives a lot of help to people who are willing to fight these diseases," Folmer said. "Take the 'wild west' out of cannabis and bring cannabis into the med environment it needs to be in." Folmer's bill has been moved to the Senate Appropriations Committee, and Senate Majority Leader Dominic Pileggi's spokesman, Erik Arneson, said the plan is to bring the bill to the floor in the first session days in September.

The legislation would have to pass both chambers and make it to the governor's desk for final approval in the last 12 legislative session days before November's election. But Corbett has said he would veto it. If the bill does not become law before the end of this year, the whole process would have to start over again. The bill faces resistance in the House, where critics want to prevent a 'wild west' of another kind. Representatives such as Gene DiGirolamo, R-18, Bensalem, said they do not want to pass a law "that you could drive a truck through."

"The concerns that I have is that ... those bills, if we pass them, would really open up the state, in time, for people to be able to get medical marijuana for more things than the makers of the bill intended them to," he said. "The cases of children who have very debilitating diseases, I don't think anybody – and I would not either – wants to deny them medical marijuana. I think we need to tailor a bill narrowly to just those cases where medical marijuana has proven to help," he said.

In May, Corbett came out in favor of a limited pilot program with one marijuana extract, CBD, at several hospitals in the state, meant to treat children with Dravet syndrome, a seizure disorder like Lorelei's. In an email, Department of Health spokeswoman Holli Senior said the department is working on the pilot program with federal officials and local hospitals. She said they will form a committee in the next few weeks to work on details. Corbett spokesman Jay Pagni said the governor could not back the current bills in the House or Senate.

"The governor is opposed to legalization for recreation or medicinal purposes outside of the scope of trials with CBD for children with seizure disorders," he said. Corbett, and members of the state House, have said they would prefer to wait for the federal government to come down one way or another on medicinal marijuana. The FDA has approved one medication for cancer and AIDS patients based on the psychoactive chemical in marijuana, THC, and is testing another based on CBD, the chemical Corbett proposed. However, marijuana is still a Schedule I drug, along with heroin and LSD, which the FDA says have a high potential for abuse and no medicinal applications. New Jersey has hosted some of that CBD testing for children with Dravet syndrome, a specific seizure disorder.

New Jersey passed its own medical marijuana legislation in 2010 and revised it in 2013 to allow children with certain diseases access to marijuana. However, New Jersey did not open its first dispensary, called Alternative Care Centers, until December 2012. And none of the state's dispensaries have received approval yet to carry marijuana edibles for children. Terry Madonna, a pollster and professor at Franklin and Marshall College of Pennsylvania, said the legalization in other parts of the country has helped shift public opinion in the Keystone State. A June poll he conducted found that more than 80 percent of Pennsylvania residents support legalization of medical marijuana. He also pointed out that more than half of the state House is running unopposed this fall, meaning legislators are not likely to lose re-election over the issue. He said, though, that differences between the House, Senate and governor make it difficult for them to get anything done, might as well create a new regulatory framework for medicinal marijuana.

"I don't think this is an issue for the public. I think this is an issue for some lawmakers who think this is going to lead to widespread marijuana use or legalization," he said. He said the Legislature faces a laundry list of issues it has not finished for its 12 session days this fall, including a potential cigarette tax to fund Philadelphia schools, pension reform and liquor privatization. While all of that shakes out, Lorelei Ulrich will wait, still having hundreds of seizures each day. Her grandfather, Middletown resident Tom Nadzam, said the delay only hurts his granddaughter and hundreds of children and adults who suffer from debilitating diseases. "The House and the Senate have gone out for their summer vacation. My issue at this point is between now and the time they come back, my granddaughter will have something like 50,000 seizures," he said. "It's the idea that here I am sitting with a granddaughter that is having one seizure after another and they're doing whatever they are doing enjoying their vacation. It doesn't seem fair." 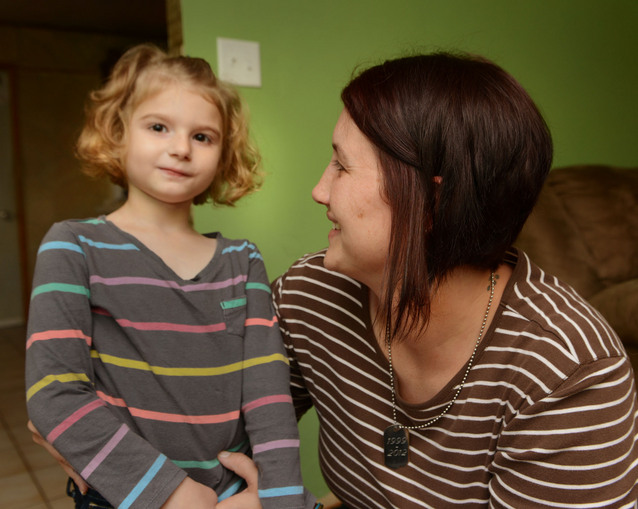 Mar 31, 2014
The General
T
T
Medical Cannabis Bill Could Get Push In Pennsylvania