The day after the Billings City Council adopted an emergency ordinance banning storefront sales of medical marijuana, city officials decided not to move too quickly to enforce the ban.

After meeting Wednesday afternoon with the city attorney, police chief and planning director, City Administrator Tina Volek said the city will send letters to storefront operators early next week, letting them know of the new ordinance and giving them 10 days to come into compliance.

"This isn't an adversarial situation simply because it's legal one day and illegal the next," Police Chief Rich St. John said earlier in the day.

The emergency ordinance, which went into effect Wednesday and expires in 90 days, says that "no provider of marijuana or marijuana-infused products shall be allowed to open and operate a storefront business" within the Billings city limits.

Zoning Coordinator Nicole Cromwell said Planning Department records show that 25 such businesses are licensed to operate in commercial zones in Billings, meaning they are most likely storefront operations.

However, the licenses are good for a year, and the Planning Department wouldn't be informed if a business had closed before the licensed expired.

William "Mort" Reid, the Eastern Division president of the Montana Cannabis Industry Association, said that to his knowledge, there were only 16 operating storefront businesses by the time the Legislature adjourned on April 28.

The Legislature passed Senate Bill 423, which severely restricted the availability and distribution of medical marijuana, which was made legal in the state by a citizen initiative in 2004.

SB423 was to have prohibited for-profit distribution of medical cannabis as of July 1, but a Lewis and Clark County district judge struck down that and other major provisions of the law last Thursday.

Reid said he already closed his storefront business, Canni-Rx Caregivers, last week, and had been gearing down for the closure since the Legislature adjourned April 28. He said he wouldn't reopen "until the political climate changes."

To that end, the Montana Cannabis Industry Association, which filed the lawsuit in Lewis and Clark County, is now hoping to overturn all of SB423 through a citizen referendum.

To place a referendum on the November 2012 ballot, supporters will have to gather the signatures of 5 percent of the total votes cast for governor in 2008, including 5 percent of the registered voters in 34 of the 100 state House districts, or at least 24,337 signatures.

To suspend the new law before a referendum is held, backers must get the signatures of 15 percent of the voters in 51 of the 100 House districts. They will need to obtain between 31,238 and 43,247 signatures, depending on which state House districts they use, according to the secretary of state's office.

The association must turn in the signatures to county election officials by Sept. 30 this year.

Because the ordinance applies only to the city of Billings, Reid said, some providers have asked him about setting up shop in Yellowstone County outside city limits. He said he hopes to meet with the Yellowstone County Commission next week to talk about developing a model for what a medical marijuana storefront should look like in terms of signage and other considerations.

He said he made the same offer to the City Council last year but got no cooperation. Rather than trying to come up with a reasonable compromise, Reid said, the council "made the decision to play God and close down all the storefronts."

Some council members expressed concerns Tuesday that banning storefronts might drive the businesses into residential neighborhoods, but Cromwell said that couldn't happen. The city imposed a moratorium on new medical marijuana business licenses on May 10, 2010, she said, and that moratorium doesn't allow a business owner to transfer an existing license to a new location.

So if a storefront business were to shut down, the owner couldn't use his or her license to open a home business that sells medical cannabis, she said.

In addition to the storefronts licensed to sell medical marijuana, Cromwell said, 21 medical marijuana providers were licensed as home businesses in Billings, with 15 more holding city licenses but living in the county.

Under city laws, home businesses can't have signs, can't employ anyone but the residents of the house, can only operate between 7:30 a.m. and 6 p.m. and can't be visited by more than four vehicles an hour. 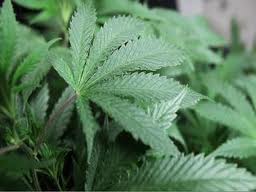