Australia - Cannabis oil producer Dr Andrew Katelaris, who was deregistered in 2005 after refusing to stop recommending and supplying cannabis to patients, says desperate families turn to him because they have run out of options. "When the law is unjust, resistance is mandatory,'' he said.

The Herald Sun understands Dr Katelaris has a secret laboratory from which parcels of the drug are trafficked across Australia. Cannabis oil and tincture is produced at the location, near Sydney, and delivered to 12 children across the country. Dr Katelaris also produces cannabis resin for adult patients, including elderly people who are terminally ill and even a high-ranking policeman.

The drug is harvested from a number of hidden crops grown specifically for their concentration of cannabidiol, the plant component said to have medical benefits without causing intoxication. The locally grown plants are supplemented by imports, most recently from Colombia. Dr Katelaris has been arrested a dozen times and charged with a range of drug offences.

But he is determined to continue, saying he is prepared to take the risk to help children who have been declared untreatable by other doctors. "It's interesting what necessity does," he said. "What the health ministers are doing is criminal. "They're depriving severely incapacitated children from a lifesaving medicine – it's that black and white." He called on police to exercise discretion in relation to patients and suppliers. "It's the greatest treason to do the 'right thing' for the wrong reason," he said. Dr Katelaris said he would continue to defy police.

Dr Katelaris said Australia was lagging behind other nations in researching the medicinal benefits of cannabis. Melbourne parents Cassie Batten and Rhett Wallace are waiting nervously for results of tests on cannabis oil seized from their home last month. They argue it contains negligible levels of mind-altering tetrahydrocannabinol and is therefore safe for children. They plan to continue treating son Cooper if decriminalisation is not fast-tracked. They said they had hospital records showing that Cooper's doctors included cannabis as part of his daily medication. The State Government has signalled it will allow trials of cannabis-based pharmaceuticals. But there are fears it could be years before results encourage decriminalisation. 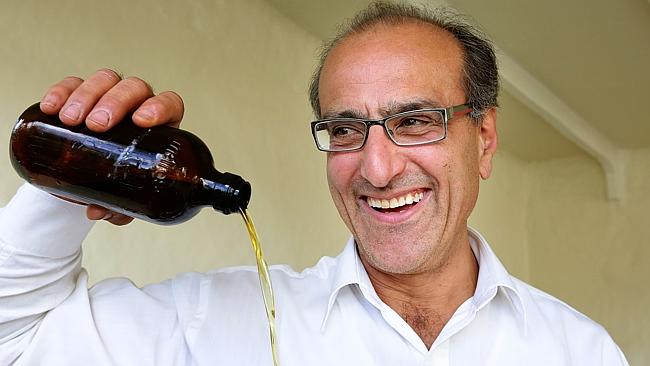 No Jail for Cannabis Doctor

Australia: Career Of Cannabis 'Doctor' Goes To Pot As Watchdog Called In