Barrie In Talks On Cannabis Dispensaries

There are at least three illegal medical marijuana stores in Barrie, alleges Ward 2 Coun. Rose Romita, and she questions why they haven't been shut down.

The city, Barrie Police Service, Simcoe Muskoka District Health Unit and the Crown attorney's office are working together to figure out what to do about them.

With Sunrise Medicinal on Dunlop Street and other dispensaries popping up in the city, Romita said Tweed Main Street is the only legal operation because it is regulated by Health Canada.

"As of right now (the others are) an illegal operation," she said. "There are only 18 legal growers in Ontario and only the growers can sell. They are not a grower."

Health Canada states "only producers who are authorized to produce and sell to the public may sell or provide dried marijuana, fresh marijuana or cannabis oil to eligible persons."

Barrie Police issued a statement after Toronto Police raided dozens of medical marijuana dispensaries in May.

It explained the only legal way to get a medical cannabis prescription is through one of the Health Canada-approved manufacturers and that the product comes through the mail, not from a store.

"We follow the Criminal Code. We have the ability to enforce that," Barrie Police Const. Nicole Rodgers said Wednesday.

However, she said she was "not sure" if dispensaries such as Sunrise are legal.

Sunrise's owner, Joseph Bidinot, made a presentation to Barrie's finance committee in June encouraging the city to regulate the industry locally.

The committee decided not to move forward with any changes, but Sunrise's operational model is currently being reviewed in terms of Barrie's business licensing and zoning bylaws, according to city spokesperson Scott Lamantia.

"Sunrise Medicinal believes that municipal bylaws are required for this new industry. Our view is that it is important for the city to begin to influence the debate now and be able (to) work with the community so that Barrie's needs are understood and recognized while ensuring the economic benefits accrue to the community as a whole," Bidinot said.

"Experience has illustrated that a thoughtful regulatory regime can benefit the community and municipality, such as the bylaws enacted and debated in Vancouver and Victoria."

Bidinot said regulation is less about capping the number of medical cannabis storefronts, rather operating them in a "responsible manner that protects the interests of the community and patients."

Federal government consultations with Canadians will be important as its moves forward with a policy framework for legalization, he added.

The city approved medical marijuana production facilities – the definition of which includes selling – in June 2015.

Romita said she is surprised illegal medical marijuana dispensaries have not been shut down.

"It is a very grey area. We can't bylaw something that's illegal," Romita said, adding she expects more shops to pop up in Barrie if medical marijuana is legalized nationally.

Romita added those stores are also likely to "run into" a five-year-old zoning bylaw that places a minimum separation distance between payday loan businesses and tattoo, body-piercing and pawn shops.

Mark Zekulin, president of Tweed Inc., said Barrie does not need to enact regulations because Health Canada already has some, but he questions if dispensaries are needed.

The difference between Tweed and Sunrise, for example, is Tweed does not sell medical cannabis in store, but connects patients to doctors and manufacturers. Sunrise, meanwhile, sells product in store in exchange for a consultation fee.

"I don't know where that product comes from, how it's tested, if it's tested. There clearly needs to be regulation over that," Zekulin said, referring to Sunrise's operations.

Sunrise is not regulated by Health Canada, rather it gets product from legal growers through a federal program allowing people to grow their own or have a designated grower. 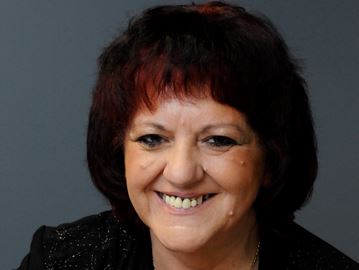