Even before it opened on March 19, WeeMedical Dispensary was warned by City of Chilliwack lawyers it was violating business licence and zoning bylaws.

Fines of $1,000 a day were levied to the society behind the dispensary, and $500 a day each to the building's two owners.

And at 5:30 p.m. on Tuesday, the store was raided by RCMP officers, manager Shayli Vere was arrested and brought to cells.

"They said they were arresting me but let me go," Vere told the Times Wednesday morning. "I meditated in my cell."

Chilliwack RCMP issued a press release late Wednesday about the raid. Police received tips that marijuana was being sold out of the building, and the Crime Reduction Unit (CRU) started conducting surveillance of the address as they covertly gathered evidence in their investigation leading up to the search.

"Chilliwack CRU officers are continuing to pursue their CDSA investigation of the transactions conducted by the store's proprietors," RCMP spokesperson Cpl. Mike Rail said. "After a thorough investigation has been completed, the evidence collected will be reviewed by investigators to determine whether police will be submitting all circumstances of the investigation in a report to Federal Crown Counsel for their assessment of Controlled Drug and Substance Act charges."

WeeMedical Dispensary Society board member May Joan Liu said she was shocked they were raided, and that had never happened at any of the society's nine other dispensaries.

"I'm really surprised because a lot of the time the municipalities, even the RCMP, said they really like the way we run our stores," Liu told the Times from her home in West Vancouver. "I'm really, really shocked."

She added that there was not much marijuana on site, "maybe a couple pounds," and some cash that was seized.

Asked if that was it for WeeMedical's foray into Chilliwack, Liu said "no."

She said the society has a lawyer and plans to fight the matter.

Vere, on the other hand, is out of WeeMedical's plans. She complained to the Times Wednesday that she felt hung out to dry by Liu.

"May and I have split ways as she has proven to me that the money is her concern, not the people or her staff," Vere said.

Liu responded by saying she did not want to say anything bad about Vere, but that Vere "marches to her own beat" and didn't follow protocols.

In a message to friends on social media, Vere told people to let city hall and the police know "what you think of paying for nine armed RCMP with bulletproof vests raiding just little me. I co-operated." 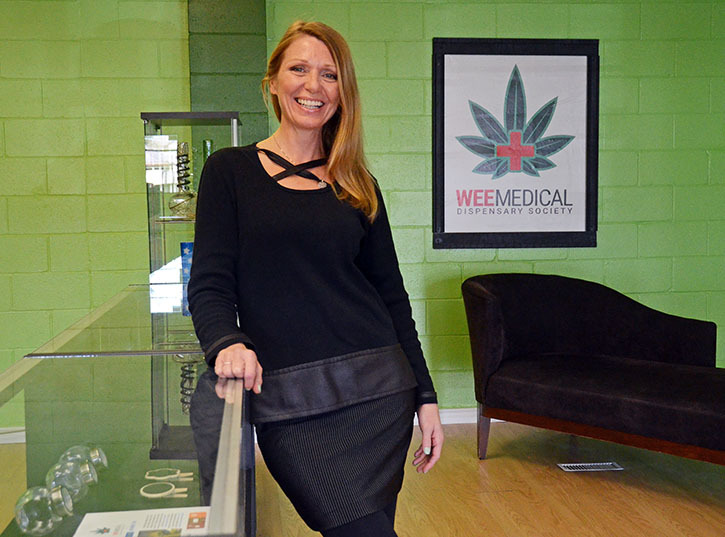 J
Chilliwack Dealer Loses Appeal On Extradition To The U.S.