BC: Hemp Oil Victory For Kyla

A Summerland family is celebrating a victory that will allow their child to legally get the cannabis oil that calms her seizures.

Health Canada has granted an exemption that allows four-year-old Kyla Williams and others like her to access the medicine, as long as they have a letter from the agency stating so.

Kyla has epilepsy and suffered more than 300 seizures a day until taking a strain of the oil known as Charlotte's Web.

The oil has very low levels of THC, the psychoactive ingredient in marijuana, but high levels of cannabidiol, a substance that calms electrical activity in the brain.

"Every time she seizures, her brain deteriorates, so she was not given a long life," her mother Courtney told CTV.

"From the very beginning it's been a complete struggle," Kyla's grandmother, Elaine Neussler, said.

"We are extremely happy, and we feel great relief," she said of the decision.

Now, Kyla is often seizure free for weeks at a time.

Neussler's husband, a former RCMP officer, told CTV: "I used to arrest people for the same thing that we're doing. But I will do anything for Kyla and my family." 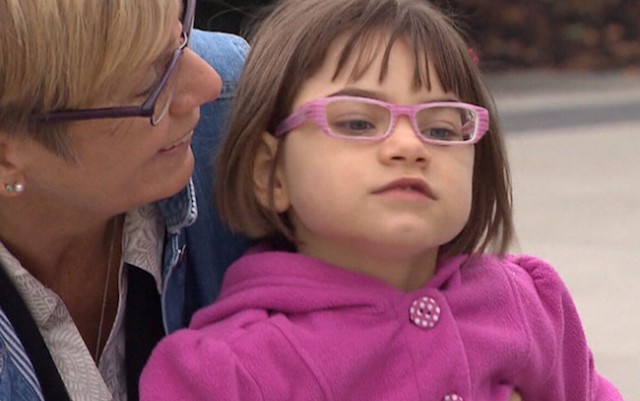