BC: Pot Shop Change Of Heart

A change of heart by a Nelson city councillor has put the town's new pot dispensary bylaw on hold, just two days after it was approved.

The bylaw amended zoning bylaws to classify dispensaries as a prohibited activity.

Council said Monday night it needed the changes to regulate the stores when federal laws surrounding the drug change. They tried to reassure the public the city has no plans to close shops down.

But dozens of people showed up to the meeting to oppose the bylaw, and their concerns touched Coun. Anna Purcell.

"There was a lot of anxiety about keeping them from the medicine that keeps their children from having seizures," she says. "We asked them to take a leap of faith, while they felt blindsided."

Purcell, who voted for the bylaw Monday night, raised the issue when council reconvened Wednesday. Because she had voted for it before, she was able to bring the bylaw back to the table.

After hours of debate, council agreed to roll the bylaw back one stage in the approval process. It sits at third reading, but needs to be formally adopted to take effect.

"What disturbs me is we couldn't do something as simple as putting a zoning bylaw into place," she said. "We have been very generous, very tolerant of these businesses in our downtown core."

Morrison, who voted for the original amendment and against the change, said council has given up an important tool for planning for a healthy community.

"If four more opened up next week, we could say no (with this bylaw)," she says. "But now we can't."

Purcell says she still supports the bylaw, but is going to advocate for more substantial public discussion before it is adopted. 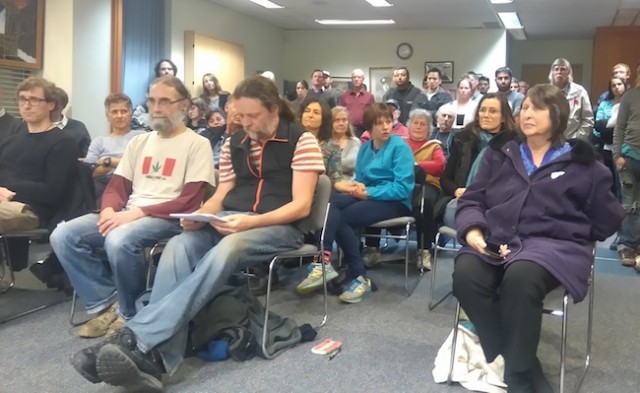