Vancouver - They are ubiquitous, still. Marijuana dispensaries, ranging in style from pristine to slightly scary to plain sad, continue to offer illicit products in Vancouver, despite an expensive effort by city officials to limit their number with rules and enforcement provisions unique in Canada.

The pot shop bylaws, which came into effect this year, are supposed to stop cannabis impresarios from operating with typical impunity, dealing products near schools and community centres, and at all hours.

Dispensaries began to proliferate in Vancouver about four years ago, when police quit trying to enforce federal prohibitions on retail marijuana sales. By 2015, no fewer than 100 illegal dispensaries were in business.

A few shops disappeared after the city's new "medical marijuana" bylaws came into effect two months ago, but rogue dispensaries still outnumber licensed stores by a staggering 2,250 per cent, according to statistics provided by city officials this week.

There are only two sanctioned stores in Vancouver at present. One is classified as a not-for-profit "compassion club," subject to a nominal business licence fee. The other is a "retail dealer" that has agreed to pay the city $30,000 a year in exchange for its business licence.

For the city, these are hardly cash cows. The two shops are non-factors compared to the 57 scofflaw dispensaries that operate without any permit or licence application in progress.

Another 32 shops with development permits and licences pending are not subject to bylaw enforcement while their applications are being considered.

One well-known marijuana activist, Jodie Emery, recently took over an unlicensed shop in Vancouver's West End. While she says she will apply for a municipal business permit at some point, she has no intention of closing the store or slowing sales in the meantime.

Should she submits an application that is rejected, she will keep her doors open, even if it means getting hit with city-issued fines.

"I refuse to close," Emery said.

Dozens of other retailers doing business without permission have already chosen that route of resistance. As of this week, Vancouver enforcement officers had written 477 tickets - at $250 a pop - to unlicensed dispensary owners. Of those fines, only 104 have been paid.

The city has also filed injunctions against 27 dispensaries, requesting court orders that would force owners to "cease carrying on business."

One businessman, marijuana and dispensary bigwig Don Briere, has challenged the bylaws and injunction requests, arguing in a July 12 court filing that Vancouver "is attempting to make and enforce laws that are solely within the federal jurisdiction."

He also argues the bylaws are unconstitutional. He has filed a similar court challenge of dispensary bylaws in Abbotsford, an hour's drive east of Vancouver.

Briere and Emery have also operated or been involved with unlicensed dispensaries in Toronto.

Police and bylaw officers in the Ontario capital raided several pot shops two months ago, after city officials called on their owners to close or face fines. The warnings were mostly ignored.

"With or without permission, we'll continue to operate," Emery said.

With her husband, Marc Emery, another leading cannabis activist who was jailed for five years in the United States for distributing marijuana seeds by mail, she likes to "push the envelope" challenging Canada's marijuana laws. 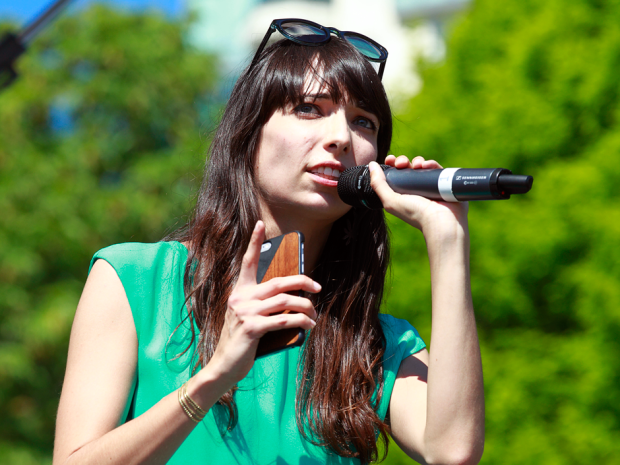