Victoria's council voted in favour of preparing a medical marijuana business bylaw Thursday that permits the sale of edible pot products, keeps marijuana businesses 200 metres apart from each other and prohibits any forms of advertising.

The bylaw will also keep the dispensaries 200 metres away from schools and licensed daycares.

Helps and other council members said the many seniors who spoke at public meetings in favour of edible pot sales convinced them to buck Vancouver's pot law, which prohibits the sale of edible products such as brownies and cookies.

"While I understand that this position was supported by a majority of those in the community who were consulted – on the basis that they felt the benefits would outweigh the harms – such a conclusion is not based on the evidence," Kendall said in the letter.

He included a letter sent to Vancouver's city manager that supported a ban on edible marijuana products because they're attractive to children and risk poisoning both kids and adults.

Helps said it's not her job to regulate the quality and safety of the marijuana brownies sold at the city's 35 medical pot dispensaries.

Council voted to turn over the issue of monitoring the health and safety of the edible products to provincial health officials.

"Our position, my position is that it is not the city's responsibility to regulate food products," Helps said. "The city doesn't regulate the contents of the spicy nut triangle that I get at Habit Coffee. That's not our jurisdiction."

Helps said she expects council to vote on its Medical Marijuana-Related Businesses bylaw next month.

Kendall said in a statement Thursday he was disappointed in council's decision. Local public health officials cannot regulate the illegal substances found in edibles either, he said.

"While I have advocated for, and strongly support the legalization of cannabis, I favour a public health-based regulatory schema and not an entrepreneurially-driven one," he said.

The federal Liberal government has said it plans to introduce legislation next year that legalizes marijuana in Canada.

Helps said Victoria, like Vancouver, is being forced to regulate marijuana businesses without a federal law in place.

"We are operating in a vacuum," she said.

Victoria has written to the federal government for guidance but has yet to receive a response, Helps said.

Vancouver's medical marijuana bylaw bans the sale of edible marijuana products and ensures dispensaries are located 300 metres away from schools and each other. 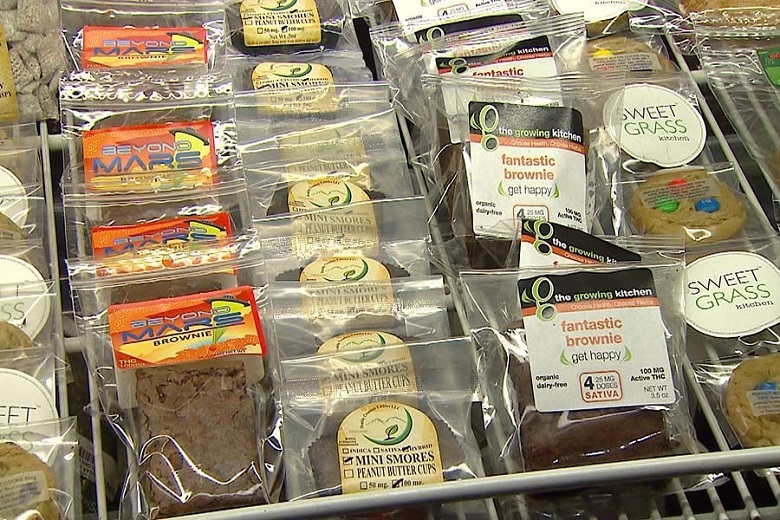