I recently moved into a place with the perfect space for a set up, so I'm seeing how green my thumb is. Total noob here, but I've been trying to do as much research (Thank you for all the info, 420Mag!) as I can. Obviously, still a LOT to learn - but I thought that this would be a great place to lay out what I'm doing and learn as I go.

I'm growing 6 plants. 3 White Widow (fem), 1 Super Silver Haze (fem), and two Smokehouse Skunks. I'm using 4 125 Watt 6400K CFLs on a 18/6 schedule (unfortunately with no hood as of now). Since the whole thing can be a bit overwhelming and I'm pretty busy, I'm using the Growology system for nutrients for now, but will probably ween myself off of that to real good stuff when I'm able to. I figured it was good to get started with. Watering every other day, but it's been pretty warm in the South lately, so I'm watering them accordingly but making sure they're not too wet all the time.

My girls just celebrated their 2 week anniversary on Oct 1. A handful of them were growing like crazy, so I transplanted them all a bit earlier than I was planning, but they all seem to have zero shock to the change and have been rolling with the punches (I even dropped one of the poor things, but they seem to be doing ok!).

So far I haven't had any problems with pests, but at any sight of a bug I freak out (like any first time parent). Does anyone have any suggestions for an organic pesticide that won't freak 'em out? I'm scared of burning them or anything.

Here's some starter photos of what I have going on, starting with a photo of my set up, a couple of the little seedlings, and ending with some photos that were taken tonight. I know that I'm a little underpowered as far as lighting goes, but planning on picking up a couple more so the few little runt plants (the ones in black pots) might be able to catch up.

As a newbie, any words of recommendation will be taken with extreme gratitude. Thanks peeps! 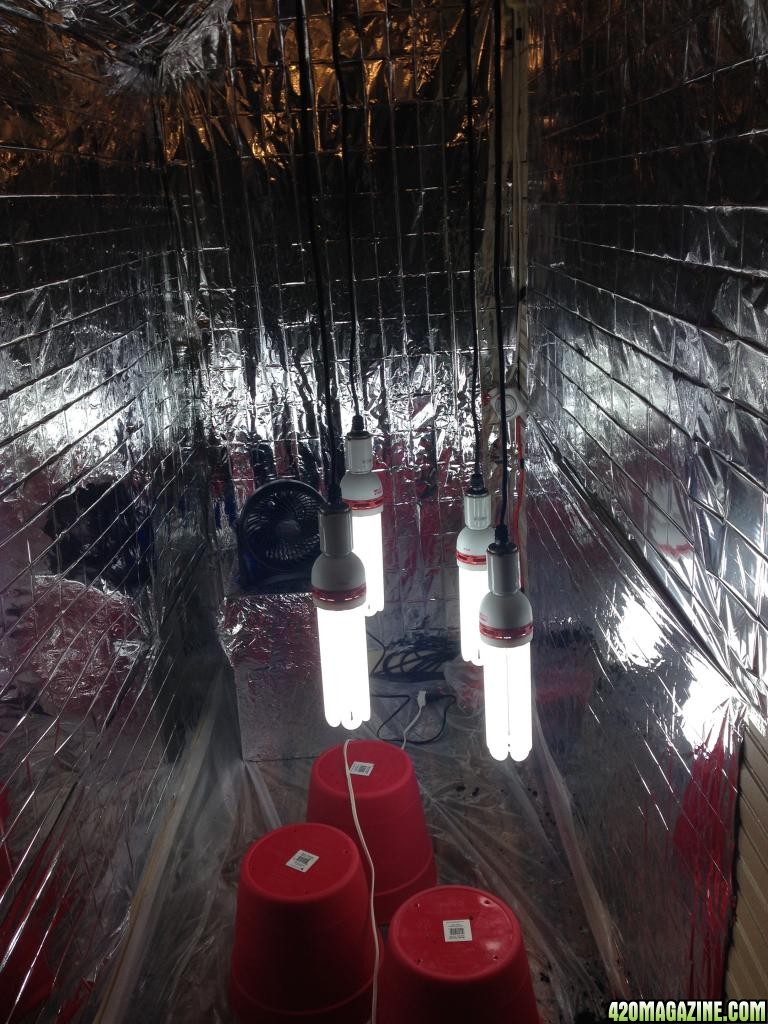 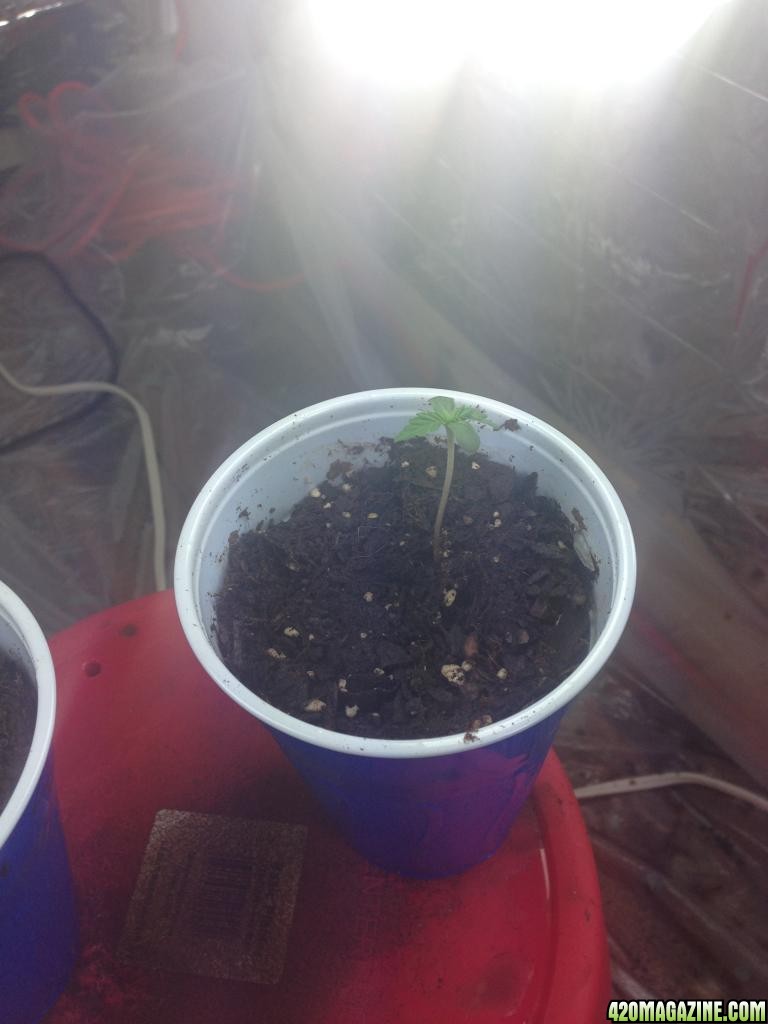 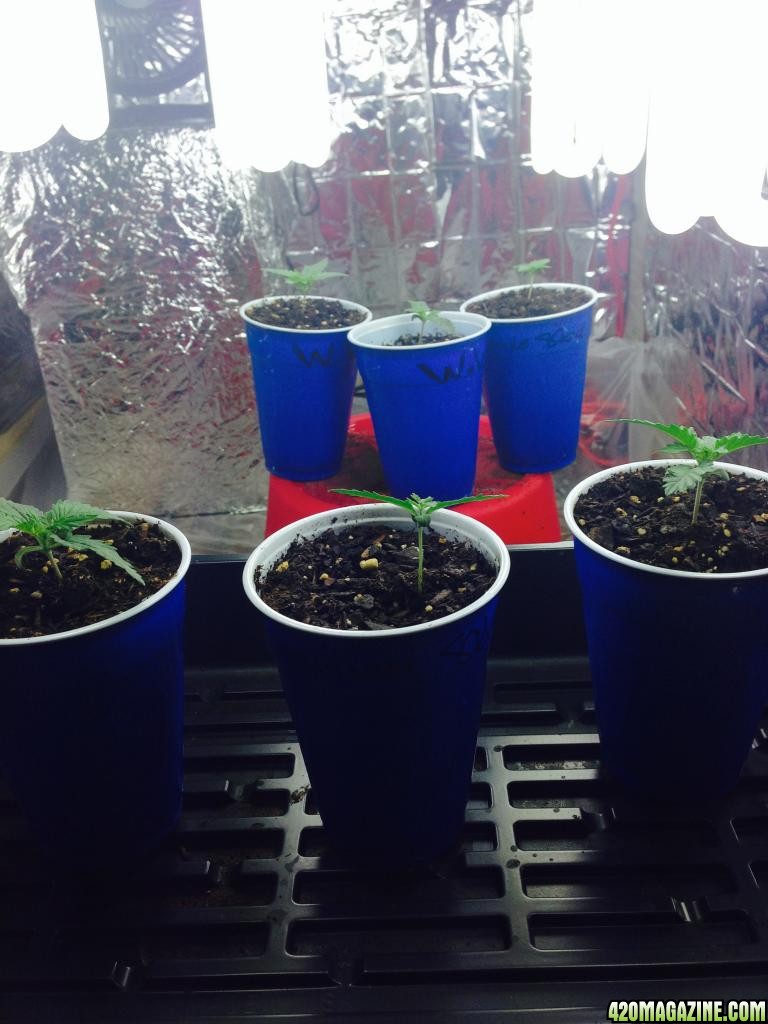 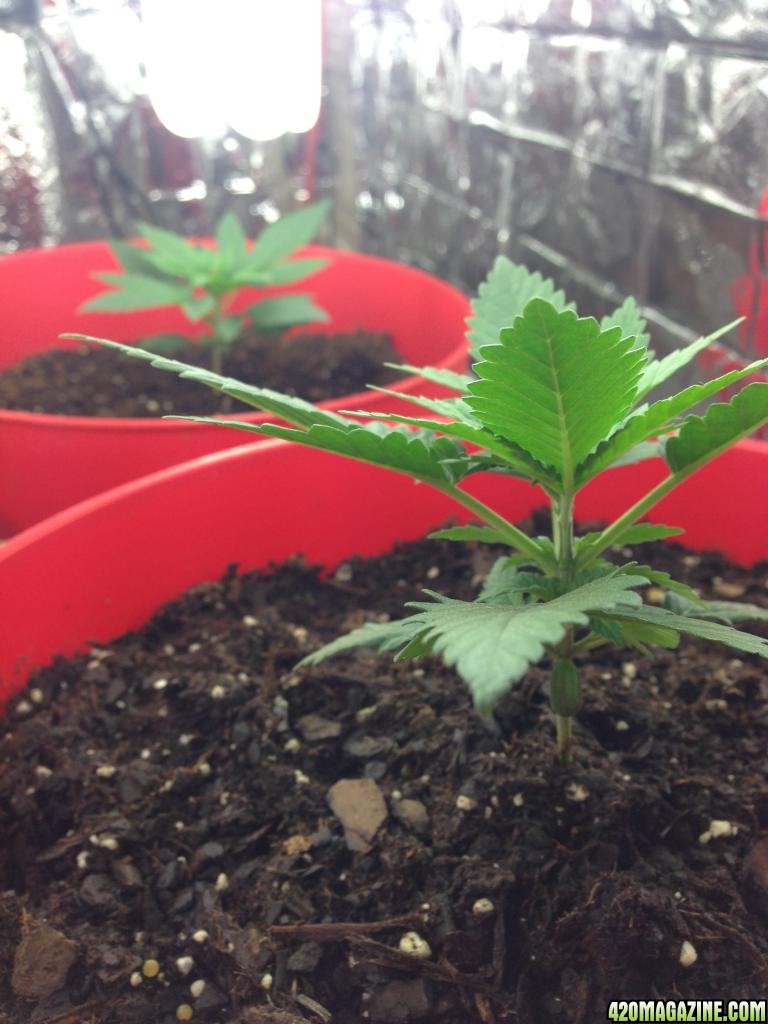 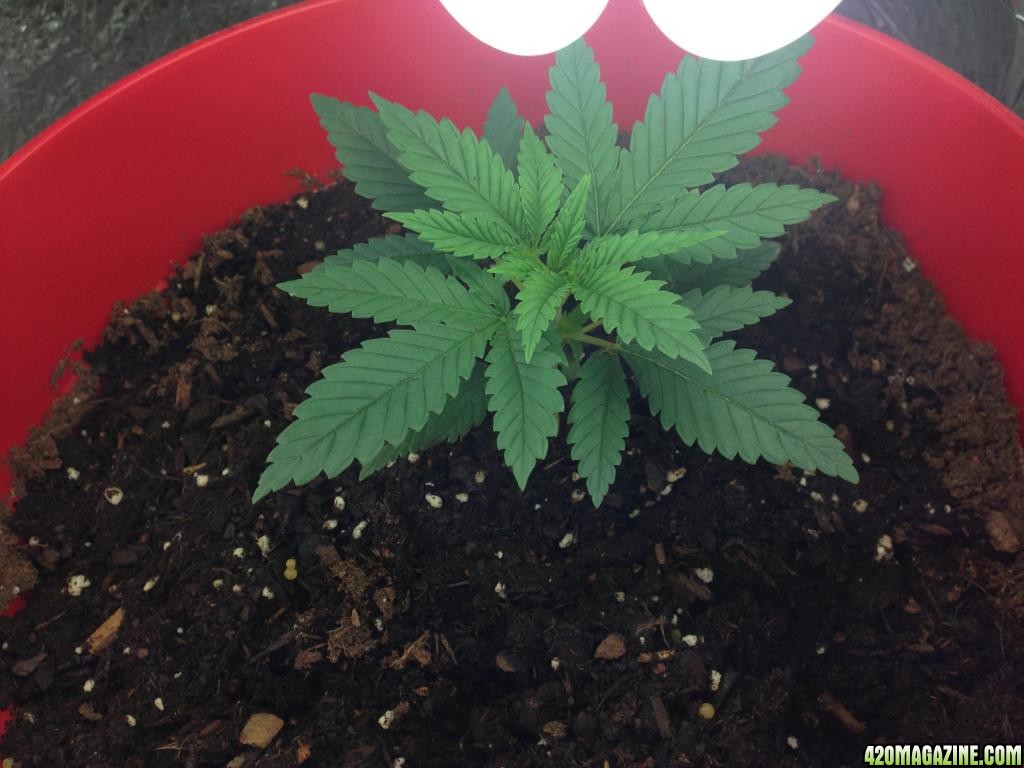 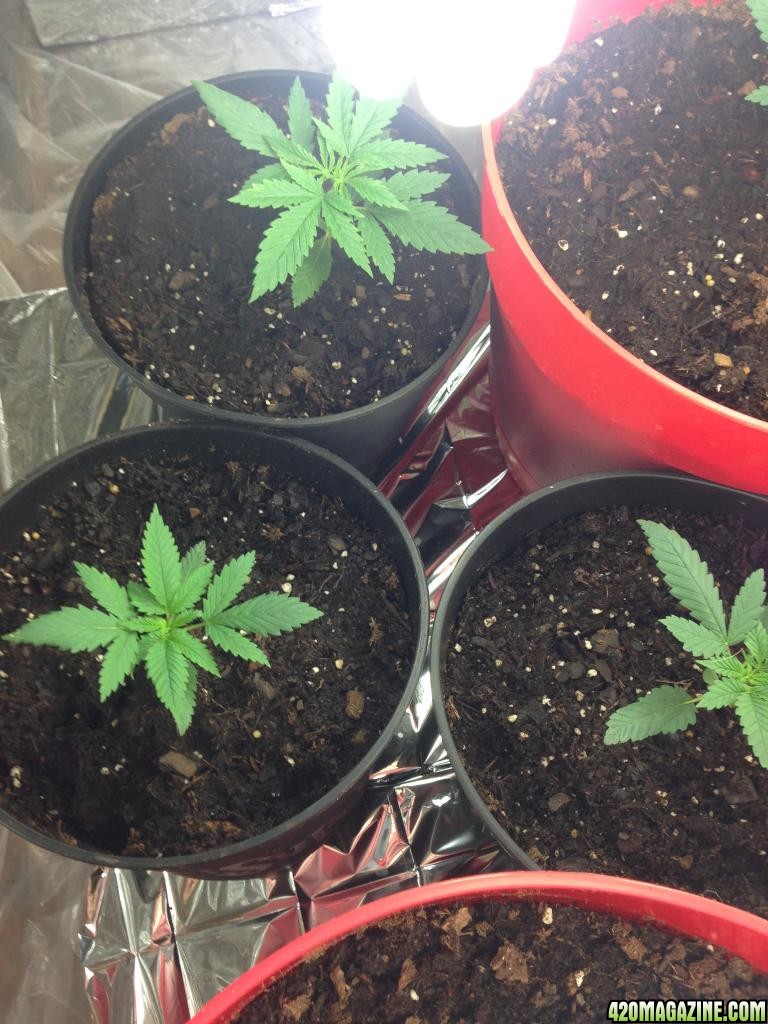