This sub-forum was created to educate people on strain names, prices, etc.... And it will be heavily moderated, One strain we do not want to see in this forum is the beast, a.k.a. BC Bud. Those not familiar with the beast let me introduce you.......

Beasters are commercially grown, "no-love buds" from Canada, Often considered the shwagg of bud. The color of the beast often ranges from light green to dark orange and the bud itself is dense.

Beaster's often differ in looks but the trained eye can always spot 'em.

Some say The Beast comes from the strain M-39, A cheap and easy to grow strain, grown by Asain gangs.

Again It is grown commercially, which means little care and effort are put into them. They are then compressed heavily (which is why they are so dense), sprayed with chemicals and shipped to America.

Beasters are usually considered to give a cloudy, lazy high,

Not to say that all Canadians smoke the beast, It's mainly what they send to the states.

Beasters are what most of us smoke on the forums, This is why we don't need a review for it. Now that I said this please don't get me wrong, I buy beasters all the time. And it will get you high. But if you find yourself only able to buy the beast, I suggest you order some seeds out of a catalogue, My first non-beast high was up-lifting and eye-opening, A whole new high.


Miscellaneous photos of the beast, 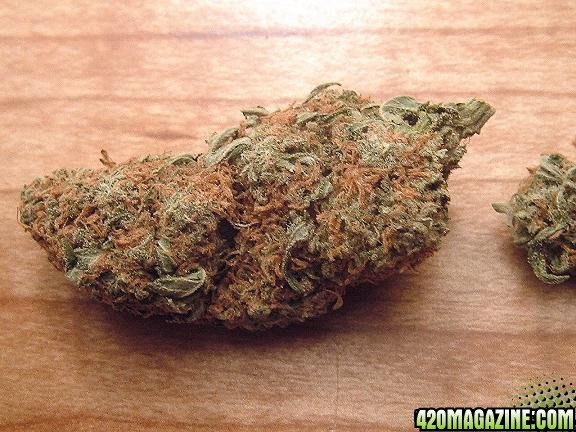 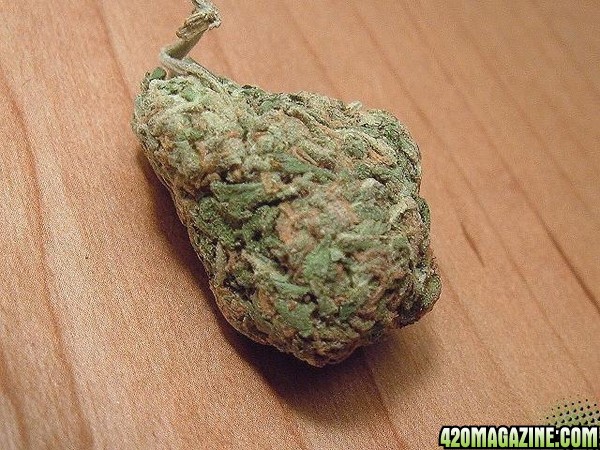 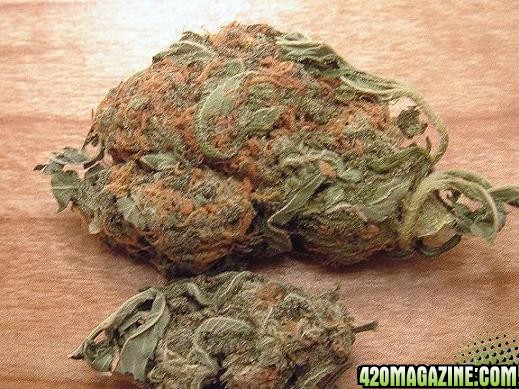 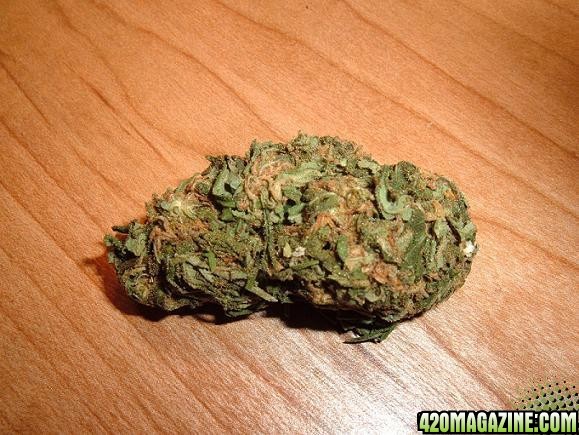 Goddam. I use to get m39 X with other stuff often from this dealer. He got busted and quit selling. I get other stuff now.
R

i consider myself almost a veteran smoker, but see, I dont know what kind of strain I am smoking. I see all of these kinds on the internet and magazines, but im never lucky enough to smoke any. The weed i get always,always looks like beast lol
-Detroit Pistons-


-Time is never wasted when you're wasted all the time.-

The Stoobie Lives On
RIP

Rooster I dont know why you see beasters as a bad thing, I like them but there would be just to many reviews on it.
420 Magazine
Creating Cannabis Awareness Since 1993
https://www.420Magazine.com

whoa wait wtf? I've never heard of this. All those pictures look like different bud...
And that first pic looks like killer bud...

I consider myself to be a competent combuster,or a smoker supremist. - OnionGobbler

I have smoked beasters before when there wasn't anything else around. Don't get me wrong it was alright smoke, but I prefer to know which strain and even the genetics of the weed. I guess after smoking for so long I've become sort of a amateur conisuer(?) of weed and love to learn about it as much as smoking it! Well almost, lol.

That shit looks pretty dank.
Back And BLAZING


yeah that weed looks pretty fucking good you sure you got the right pictures? lol

"Never judge a book by it's cover"

"Never judge a bud by it's color"
420 Magazine
Creating Cannabis Awareness Since 1993
https://www.420Magazine.com

I like to know the strain that I am smoking and what it was grown with that mean alot...!
People feed some fucked up shit to there plants...
You really don't know what you are smoking or what it will do to you in the long run 5 to 10 years down the road.....
really think about it, Here is just 1 that I know alot of grower use
DEXOL, TENDER LEAF look it up and see what it is and see what you might be smoking lol......
I know what the fuck I am smoking...! do you....

"I don't give a flip about your war, or your president"
-Snake Plissken

"Cannabis has killed no one, yet cannabis prohibition has."

Matanuska Valley said:
I know what the fuck I am smoking...! do you....


Yes. I even get the % of indica/sativa on each baggy.
Medical Marijuana user - OCBC Card Holder - Prop. 215 Patient - MariCare's #1 Customer

"I hear the secrets that you keep, when you're talkin in your sleep."

lol yep sptyoty. organics are the shit and for that you are right MV. i also like to know what i have and if it atleast has been flushed properly and cured and all.
R

yea down here in the carolinas i think that all we get is beast, reggie, and KB (kine bud)...few times we get lucky and get some neon lites, blue berry, and g-14.

"I hear the secrets that you keep, when you're talkin in your sleep."

Hmm, everyone has their own opinion on the beast, so I'll chip in mine. I also heard m39 was known as "beast," except it was just the ordering code for a strain in an old seed catalogue. The strain is actually a cross between northern lights #5 and skunk #1, so with such legend genetics how can it be bad? I don't think beast is really a strain at all, just any weed that undergoes the "treatment." Weed that is intended for commercial distribution, is chem'd out to all hell, not properfly flushed/cured, and it results in a not-so-nice tasting smoke, and cloudy high as mentioned before. At the same time, I've had M39 from the grower that WAS cured properly, and while it does still look like beast, it is quite citrusy and the high is very couchlock (it's an indica) as well as pretty long lasting. Also heard another strain, Friesland, is used for commercial. Buds are never bad as long as they are done properly (there's probably M39 out there that blows away some White Widow). Regardless, those pics looked like beaster, but the smoke might have been a knockout!
C

over here in the central vally i can get a P of beaste as shown in the first pics just compressed for about 250 u.s. we call it stress in cali its just to get by. anyone from southern cali will agree with me and has probly seen those cheap bricks before.
High All The Time :439:

R
What do you reccomend for my B-day Dankfest?