CertInly. Keep an eye out for the journal. Early yet but in progress.

Just wanted to comment that last year I grew Vanilla Kush and it came out great. Very relaxing indica as expected. Barney's lists it as a cross between Kashmir & Afghan. This year I decided to try growing Barney's 8-ball Kush which is listed as a cross between Pakistan & Afghan. The Vanilla Kush was insanely bushy with tons of flowers. This 8-ball is far more lean and extremely tall. It looks more to me like a Sativa, which is quite odd given its description of lineage. Take a look and see if you get what I'm saying. 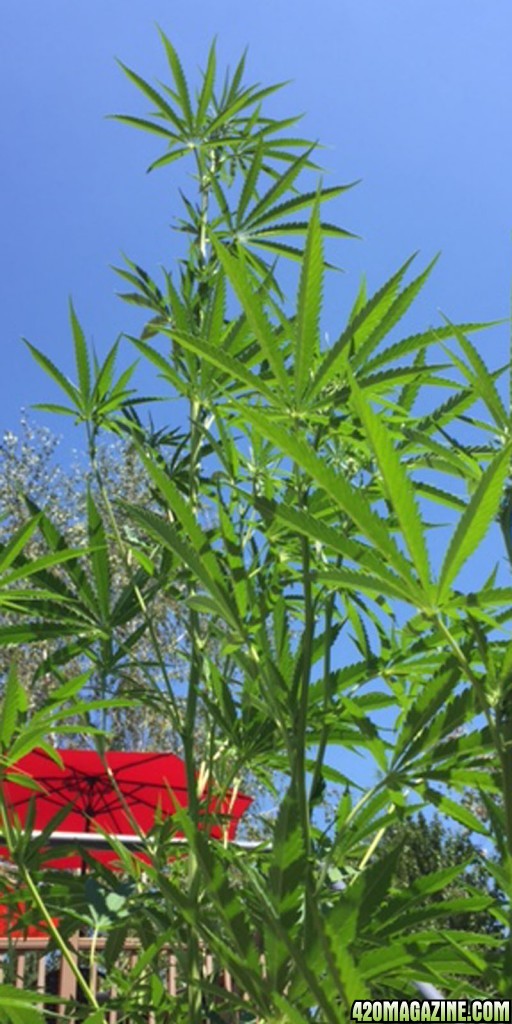 The easiest answer is you don't always get what's advertised!
___________________________
"The answer is never the answer. What's really interesting is the mystery. If you seek the mystery instead of the answer, you'll always be seeking. I've never seen anybody really find the answer, but they think they have. So they stop thinking. But the job is to seek mystery, evoke mystery, plant a garden in which strange plants grow and mysteries bloom. The need for mystery is greater than the need for an answer.." - Ken Kesey

I'm about to grow Violator Kush which I like a lot. Classic taste and effects. Hindu Kush x Malana.

Has anyone ever heard of Quicksand Kush? having a hard time figuring out the genetics. Picked up a cut of it here on the west coast. Grows faster than any of my other strains and so far is looking very very good. But as we all know looks don't mean much when it comes to finished product. Ill post some pics of it later tonight. Anyone have any info on this strain?

well, there are kushs, that are not even named "kush". afphis are such. my aurora indica, is a kush. but, to the point, i have had a og kush, i got as two free fem seeds, from dinafem. the first seed, was my starter, for many indoor grows. good smoke! it had a nice lemony taste. i thought it was not much of a producer, by looking at it. but, very deceiving. as it was also, very DENSE. so, weight was ok. the other of the two seeds, i hatched, and now, is in bloom, in the ground, outside. its sep 3 today, and, the thing looks just like the other one did. so. very homoginous. I also have a young, healthy plant from another free fem seed. called afphi kush x black domina. i hatched her out, with four of nirvannas white rhino. i read good reports on this one. but, like i said on an earlier post. i cant smoke any more, darnit, for i have IPF. a terminal lung disease. I still like to grow as a hobby. right now, my streains, are god bud, nine lb hammer, white rhino, and the afphi kush/domina. i will say, the most enjoyable smoke i ever grew, was a pheno B, of jack herer. now that was class. tough trimmer. but, a great high. and better flavor/scent. i see there are countless kushs out there. i have only done one, and working on the other. i did see one, from Karma genetics, called biker kush. all their streins looked a cut above. as were the prices. but, they had a few awesome looking kushs.