Most Americans continue to support legalizing medical marijuana, according to a new HuffPost/YouGov poll, and most think the federal government should refrain from prosecuting patients and dispensaries in states where it is legal.

According to the new HuffPost/YouGov poll, 60 percent of Americans say they favor allowing doctors to prescribe marijuana for their patients, while only 26 percent are opposed.

Majorities of every age group in the poll said they supported legalized medical marijuana.

By a margin of 57 percent to 25 percent, most respondents said that the federal government should not enforce its drug laws against patients and dispensaries following state law that allowed for medical marijuana. The poll was conducted before Nevada on Wednesday became the 19th U.S. state, plus Washington, D.C, to legalize medical marijuana.

Majorities of Democrats (61 percent to 22 percent) and independents (60 percent to 20 percent) agreed, but Republicans were more divided, with 43 percent saying that the federal government should not enforce its laws against medical marijuana users in those states and 37 percent saying it should.

For the two states that have legalized marijuana for all adults, a 55 percent to 29 percent majority of respondents said that the federal government should not enforce its laws.

President Barack Obama has said he would not make going after marijuana users following state laws a "top priority," but the federal government has continued to prosecute medical marijuana patients and dispensaries. 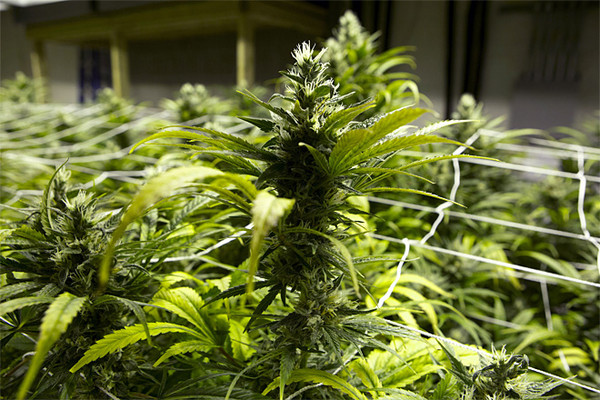