Bill Would Halt Most Hemp-Growing Projects In WV

Four months ago, West Virginia farmers and entrepreneurs were gearing up to grow industrial hemp – legally – for the first time since World War II.

But a bill passed with minutes remaining in this year's legislative session that effectively thwarts the chances of a revived hemp industry has some calling the bill's amendments a "business horror story."

Gov. Earl Ray Tomblin has until Friday to sign the bill (SB 159), a rules bundle that makes a few key changes to the Department of Agriculture's regulations on growing industrial hemp for research pilots.

Under those changes, only the department or a state institution of higher education may conduct hemp research programs. Under the bill, all but one of the growing permits the department issued to West Virginia residents would be nullified.

Those who received permits from the Agriculture Department jumped through all the required hoops: passing (and paying for) state and FBI background checks and fingerprinting; completing an exhaustive application that showed geographical coordinates of exactly where their hemp would be grown, and agreeing to at least quarterly inspections and testing from the department to ensure the levels of tetrahydrocannabinol (the main psychoactive component of cannabis) are less than the federally mandated 0.3 percent.

Tracey Butler, who runs Swan Hill Farm in Berkeley County, was the second person to receive a growing permit from the department last year.

With the ongoing decline in coal mining, "we need something to bring the state out of the hole and allow farmers, former miners and returning veterans to get involved," Butler said.

She and her husband had begun to prep several acres of their farm for planting this spring. They planned to invest $13,000 in a greenhouse for their project.

"But when we learned about the problem with the permits, we backed off," she said. "Now, we have about 12 acres where we're going to be growing nothing except grass this year."

SB 159 changes the title of a hemp-growing permit from a "Research and Marketing Cultivation Program License" to just a "Research Program License." It also removes the words "or affiliated" from the license definition, which formerly recognized hemp research as "initiated by the [Ag] Commissioner or affiliated with a state institution of higher learning."

Sen. Bob Williams, D-Taylor, was a driving force behind SB 159's amendments on hemp. Williams and Sen. Charles Trump, R-Morgan, tried to insert the same language into a rules bill during last year's session. That attempt ultimately failed due to a "clerical error," Williams said.

While hemp and marijuana come from the same species of plant, Cannabis sativa, hemp is a separate variety with its own chemical makeup, and it has different cultivation practices than marijuana.

Part of Williams' concerns with industrial hemp stem from the Drug Enforcement Agency's classification of the plant as a controlled substance, despite the fact that its THC levels are generally low enough that a person couldn't get high from smoking it.

After Congress passed a large farm bill in 2014, states were allowed to create their own pilot programs "to study the growth, cultivation, or marketing of industrial hemp."

West Virginia adopted language into its code that says "only the Department of Agriculture and state institutions of higher learning licensed and authorized by the commissioner . . . may lawfully grow or cultivate industrial hemp."

But the Agriculture Department doesn't have money to invest in hemp research. Chris Ferro, chief of staff for the department, said its role is regulation, not research.

"The only way we could do [hemp research] is with the aid of third parties," Ferro said. "Considering the limited resources, that we're going to be forbidden from partnering with outside entities is a little bit shocking."

Williams said that after Agriculture Department officials were told to make rules for hemp research projects, "they developed rules that allowed anyone to grow hemp anywhere they wanted to."

He said the department's rules on growing hemp "allowed them to exceed their authority" and said legislators only wanted "to bring the rules in line with what the [state] code allows the Ag Department to do."

Williams worked for the Agriculture Department for more than two decades. His wife, Jennifer, is associate dean of partnerships and initiatives for the WVU Extension Service.

One of the changes in SB 159 removes the word "sell" from the Agriculture Department rules outlining what permit-holders may do with their hemp within the state. But according to state code, permitted growers are allowed to sell hemp.

"That was probably an error," Williams said.

Trump said the amendments narrow the scope of who's allowed to grow hemp for research projects so that lawmakers and the Agriculture Department have "a good opportunity to monitor it closely before it explodes more broadly."

When the department's lack of funding for research was brought up, he said, "Resources are scarce everywhere this year. I'm sure Agriculture is no different than any other department of government."

The West Virginia Hemp Farmers Cooperative has tried to help interested growers. All eight permit holders are co-op members. That made it easier to place seed orders through the Agriculture Department; those orders must be sourced from outside the United States

Hemp proponents argue that SB 159 is a step in the wrong direction for building an industry in hemp through processing its stalks for fiber and hurds, and seeds for food, beverages and personal-care products.

Among them is Don Smith II, who recently started Agri-Carb Electric Corp., meant to help develop the infrastructure needed for hemp growers to get their product to market.

Smith is particularly interested in testing different hemp varieties for their fibers. The fibers are used to create hemp polymers and graphene for manufacturing everything from batteries to bioplastics.

Agri-Carb also received a permit from the Agriculture Department to research hemp's industrial uses this year.

"We followed the letter of the law and spent tens of thousands of dollars, only to have the rug pulled out from under us," Smith said. "What investor in their right mind would want to enter into any business in West Virginia when you have this kind of bait and switch?"

Because her research falls under the umbrella of a "university," Susanna Wheeler, a master's agronomy student at WVU, has the only hemp permit that won't be considered invalid if Tomblin signs SB 159.

Wheeler planned to conduct variety trials on the other permit-holders around the state, to study how well different varieties thrive in various environments. Now, she might be the only one legally permitted to grow hemp, which she says diminishes her project's comprehensive objective.

J. Morgan Leach, executive director of the hemp cooperative, said the group will appeal SB 159's amendment in court if Tomblin signs it.

While the Agriculture Department hasn't lobbied for or against hemp, Ferro said the rules it established for permit holders were adequate.

"If industrial hemp is going to be a viable product in West Virginia or the U.S., one of the obstacles you have to clear is this boogeyman proposition that it's no different than its high-THC cousin," he said. 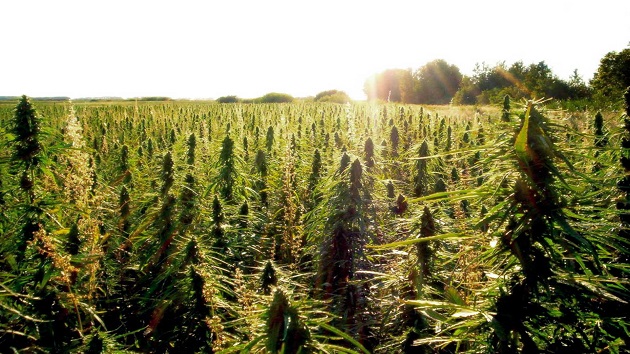