The Global Commission on Drug Policy, which includes former head of the United Nations Kofi Annan and billionaire Sir Richard Bran-son, signed an open letter to Prime Minister Stephen Harper and senators urging them to amend the crime bill and instead of penalties, make pot legal.

In its letter, released Wednesday, the group asked the government to consider taxing and regulating marijuana "as an alternative strategy to undermine organized crime and improve community health and safety."

"Adopting the mandatory sentencing for minor cannabis offences would send Canada down a tragic path, likely costing your taxpayers billions and doing nothing to tackle drug violence or drug dependency," Branson said in a news release. "Canada should explore policies that treat drugs as a health issue, not a criminal issue."

The government indicated Wednesday it had no plans to amend the bill, or talk with Branson and the commission about Canada's drug laws.

"The Safe Streets and Communities Act goes after the source of the illicit drug trade - the drug traffickers. The kinds of offenders we are targeting are those who are involved in exploiting the addictions of others for personal profit," said Julie Di Mambro, a spokeswoman for Justice Minister Rob Nicholson.

The letter comes as the Senate is set to approve Bill C-10, known as the Safe Streets and Communities Act, by the end of the week. The Conservatives used their majority in the Senate on Wednesday to limit the amount of debate on C-10 to six hours.

"This could lead to a vote (Thurs-day) or on Friday, depending on how the debate proceeds," said Sen. Marjory LeBreton, the government leader in the Senate.

Once the Senate approves the bill, it would return to the House of Commons for approval.

The omnibus crime bill has come under scrutiny for some of the mandatory minimums that it would impose for certain drug crimes.

The one that receives the most attention, and which Liberal senators unsuccessfully tried to amend during a Senate committee meeting Monday, was making it illegal to grow as few as six marijuana plants.

The global commission has issued reports that suggest tougher drug crimes do little to decrease the avail-ability of marijuana or drug-related crime, with the United States and Mexico rejecting the group's findings in the past.

The illegality of marijuana hasn't reduced its availability, a commission official said.

Commission co-ordinator Ilona Szabo de Carvalho said Canada could look to the experience of places such as Europe where drugs have been legalized and drug crime has dropped, citing the Vancouver supervised injection site Insite as the direction Canadian policy should take.

"This is a very hot topic, a very sensitive topic related to emotions (and) fears," she said in an interview from Rio de Janeiro, Brazil. 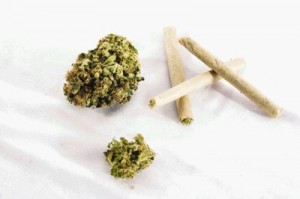 I am not one with what is needed to get this done but I do know that it is going to take a lot of money and someone with enough since to know that pot is here for us to use. At the the present I can see pot bringing this nation from deep debt and bringing a nation together with one goal. Fix Americia from the place that people who see things only their own way working against the problems of this nation. At least give it a try, it's helped me out more than one time; I'm sure it will again!