Boston Could Still Be Getting A Medical Marijuana Dispensary

On Friday, the Massachusetts Department of Public Health began reviewing applications for a new process that allows prospective dispensaries to try and open its doors in counties where none of the 11 provisionally certified registered marijuana dispensaries were designated. Three applicants have been approved to compete for the right to set up shop in Suffolk County, all of which are eying Boston in particular.

Back in July, Karen van Unen, executive director of the Medical Use of Marijuana Program, announced that MassDPH had whittled down applicants from the initial 517 down to 158, followed by 100, then 20 and now to just 11. Licensure for the 11 applicants is still contingent on site visits and various inspections, so that number could be reduced yet again come the fall.

During the press conference, van Unen also explained that because not all of the Commonwealth's 14 counties would be getting a dispensary — Massachusetts law allows for up to five per county, yet just 35 total statewide — some of the applicants that were considered qualified would be able to vie for a roster spot in one of the vacant ones.

MassDPH noted that they'll be considering the likes of "appropriateness of the site, geographical distribution of dispensaries, local support, and the applicant's ability to meet the overall health needs of registered patients while ensuring public safety," among other factors, much as it did with the previous process.

It's unclear, however, if this process will be conducted with more transparency than last. It came to light that DPH Commissioner Cheryl Bartlet had forged a working relationship with former Congressman William Delahunt, who put in for three of the coveted licenses. His applications failed to move on to the final round and he is now suing to reverse that decision. The integrity of the process was also called into question when the guidelines used to determine the standing of applications seemed too subjective to those filing through them.

Though Mayor Marty Walsh has expressed his distaste for medical marijuana dispensaries (though will abide by the will of the people who voted for them), the Boston City Council has proven to be rather open-minded. In March, the City Council held a hearing in which two prospective Boston dispensary operators testified in favor of the dispensaries in Boston. And while several councilors expressed various concerns for their own districts and the city at large, many acknowledged that some of these problems stemmed from inefficiency in MassDPH.

MassDPH estimates the open county application selections to be made by October, while they also anticipate the first dispensaries to open their doors for the first time around then as well. No hard date has been circled on any calendars, so stay tuned to BostInno for more updates on medical marijuana dispensaries. 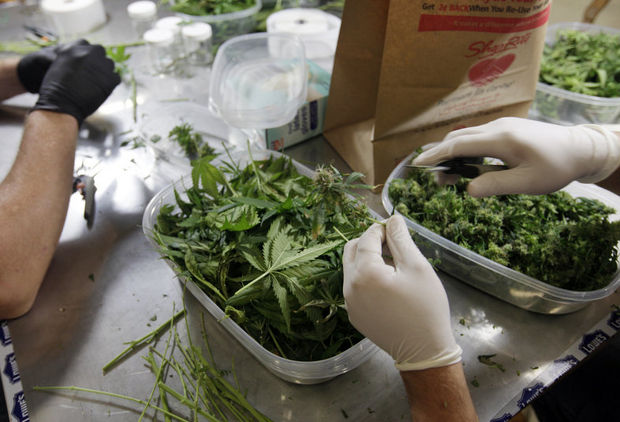 T
Massachusetts Has Banked Over $3M In Cannabis Dispensary Fees

Oct 14, 2014
The General
T
T
Boston Could Still Be Getting A Medical Marijuana Dispensary