Boulder received applications from 120 businesses. In addition to those that were approved so far, 30 are still pending while owners make changes to come into full compliance, nine businesses withdrew applications and 33 were denied licenses, according to a press release from the city. Of the 33 that were denied, 22 are appealing.

City staff reviewed whether the businesses were in compliance with zoning and building regulations, spokeswoman Sarah Huntley said. Staff at the dispensaries also had to pass criminal background checks.

Boulder City Council created the regulations in May 2010 and mandated that any medical marijuana business not open by Aug. 2, 2010, must go through the licensing process before opening.

Those operating before the date were allowed to remain open as their license applications were reviewed.

The review process was expected to take a long time, as the city had to come to grips with a new process and industry, Huntley said.

"It took us quite a long time to go through this process, as we anticipated," Huntley said. "It was an onslaught from a new type of business."

Boulder estimates there were 250 medical marijuana businesses operating within city limits at one point. Huntley said the city does not know why the number of businesses has dropped dramatically.

Businesses that are appealing not getting a license will be able to remain open during the appeals process, which is expected to be completed by next month.

Those businesses have not been through the building inspection phase of the licensing process, so they might not be in compliance with Boulder's zoning standards. The city now is sending code inspectors to those businesses, Huntley said. 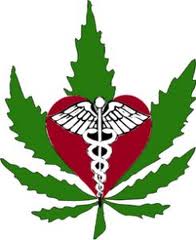