Iowa Gov. Terry Branstad said Friday he will sign a bill legalizing the use of oil derived from marijuana to treat chronic epilepsy. Branstad during a taping of the program "Iowa Press" said he and lawmakers were convinced by families with children who epilepsy "that this is something that can help them." The move was welcomed by the Iowa Epilepsy Foundation, which worked with the governor and legislators to move the legislation. "We appreciate his willingness to give those with epilepsy this option," said Dale Todd, of Cedar Rapids, legislative chairman of the foundation. "His signing will allow us to move forward with the discussions needed to make medical cannabis a feasible option for these patients."

Branstad consulted with Republican governors in Alabama and Utah where similar legislation has been approved. Branstad said he not interested in expanding the scope of medical marijuana to cover other medical conditions. "This legislation was very limited, very focused," he said. "I think it would be a mistake to now expand it a whole bunch of other things." The legislation will allow Iowans diagnosed by an Iowan neurologist with intractable epilepsy to seek permission from the Department of Public Health to obtain up to 32 ounces of cannabis oil for treatment.

Branstad said he also intends to sign bills to regulate the use of unmanned aerial drones and ban the sale and use of e-cigarettes for minors. He said he's still considering legislation to end greyhound racing at a track in Council Bluffs but allow it to continue in Dubuque. His concern there, he said, is that the legislation leaves out the horse industry. Branstad plans to sign his Home Base Iowa initiative on Memorial Day. The measure offers tax and job incentives to make Iowa more attractive for veterans. 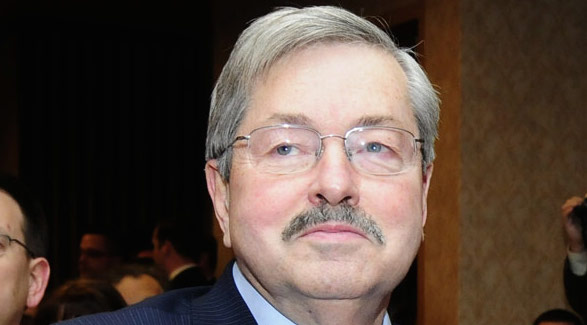