Ok I have a super skunk 2 weeks into flower. I had topped her when she was little so I had two big nice tops. Well I was bending the two colas down like I do everyday trying to let the insides get a little light. Well it split fron where I first topped it down a bout half an inch. I immediately duct taped them back to gether. Is this super bad or will it be ok?BROKEN SKUNK IN NEED
G


Only 7 people have seen this so far.


For my protection from the man: I do not condone the growing/cultivating/extraction/use of cannabis in any state, country, or parallel universe where these acts are illegal.

It's gonna be fine but it also wouldn't hurt to stake the plant so that it is not pulling that part apart as much. The alternative to staking would be to tie strings to the heavy branches causing the split and hang them. Anything to help take the stress off the split.
Shiggityflip goes mad scientist NEW!!

Shiggityflip follows the Yellow Brix road with the Perfect Sun 1000

Just what is a Shiggityflip anyway?

Awesome thanks guys. And if it is possible check out MMJSnobs blog theres only one but she needs some support. Thanks to all.

I did the same thing half way through flower. Once you get a couple weeks in you have to stop tying down or be extra careful because the branches get real woody and brittle. Try not to go over kill on the tape cuz if you want to remove it later it'll be a bitch if you have it wrapped like 5 times, especially with buds everywhere. I zip tied mine right under the V and that worked well, string works too. You could use multiple zip ties and just remove them as it heals. You still might want to leave one on throughout flowering though. I tried removing mine a couple weeks before harvest cuz I thought it healed but the weight from the buds on the branches just started to pull it apart again, so keep an eye on it. Other than that it shouldn't be much of a problem.

Tape it. You'll be fine.

"Go to Heaven for the climate, Hell for the company."
Mark Twain
D 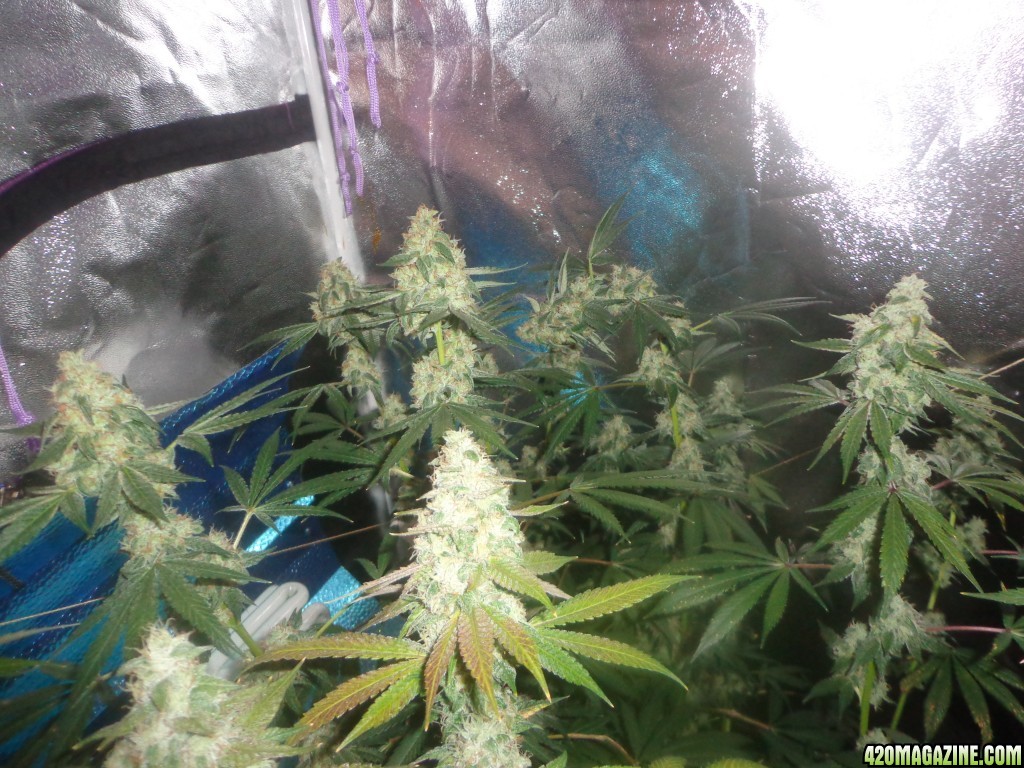 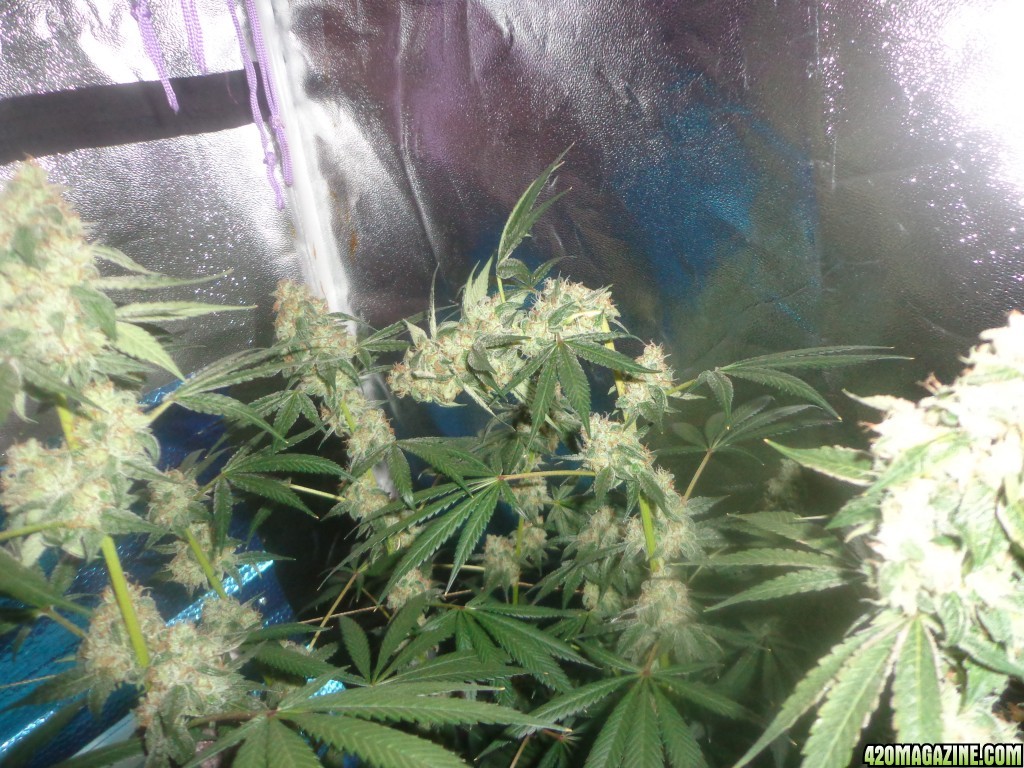 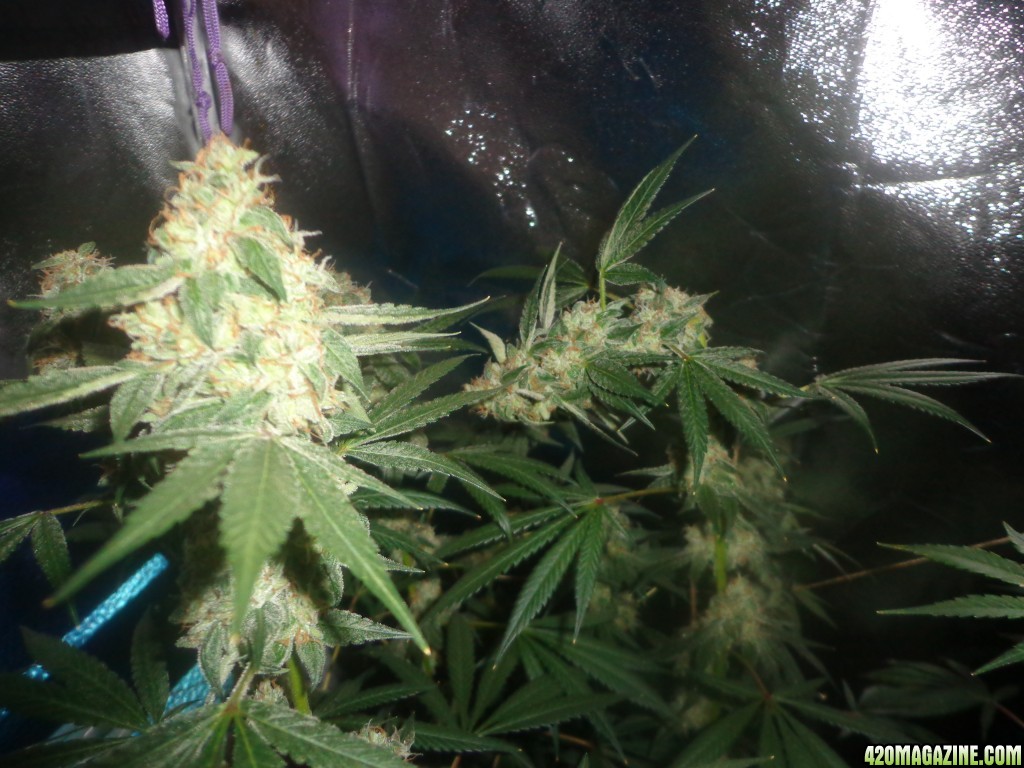 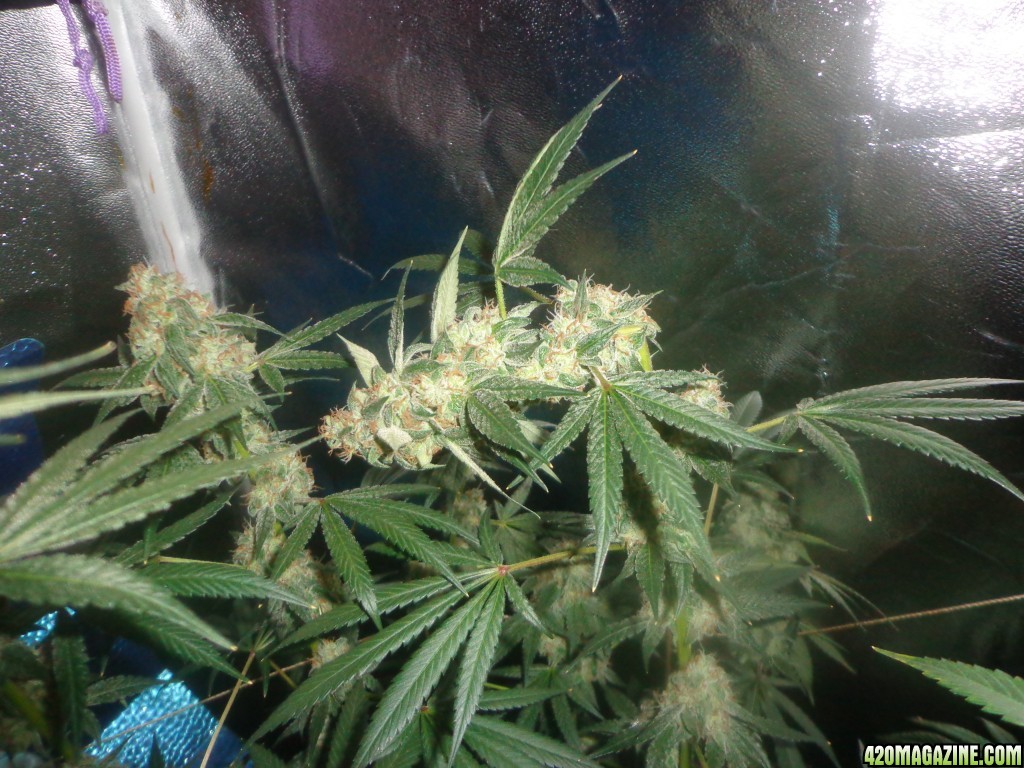 I took these pics for you just now. I snapped this at least 3 weeks ago, I never touched it after, let her work thru it. The top seems a bit smaller, and a bit frostier than the others...