Florida - Even before voters decide on the future of medical marijuana, there is business about the business of controversial ballot measure. "When we found out that Florida was going to be the next to have medicinal cannabis, we decided that everyone that wanted to get into this industry needed to get education," said Thomas Quigley. The chief executive officer of the Florida Cannabis Coalition has been holding events across the state in which participants pay to hear from experts and current business owners from states where medical or recreational marijuana is already legal.

"They have come over to talk to us about the process that they've seen," Quigley said. Along among the speakers are the Cannamoms, a group of women with sick children who have spent the last year advocating for medical marijuana. "We hope that sharing our stories will help other parents to utilize the most compassionate choice as the first resort," said Moriah Barnhart. The Florida Cannabis Coalition isn't the only organization that is has jumped into the into the medical cannabis action early.

Gray-Robinson, a law firm with offices in Tampa and offices statewide, has launched a division dedicated to legal services to those aspiring to get into the medical marijuana business. "We've got a number of different clients that have come to us. Some specifically in the context of Charlotte's web, but many others anticipating that there will be greater opportunities down the road," said attorney Richard M. Blau. While recent polls that show support leans in favor of medical marijuana, is it still too early to count on a victory? "Absolutely not. It's not too early to get educated. You know there's things you can start doing today to be prepared so you're not left behind," said Quigley. The Florida Right to Medical Marijuana Initiative, as it will be known on the ballot when you go to the polls in November, will need 60 percent of the vote to pass. 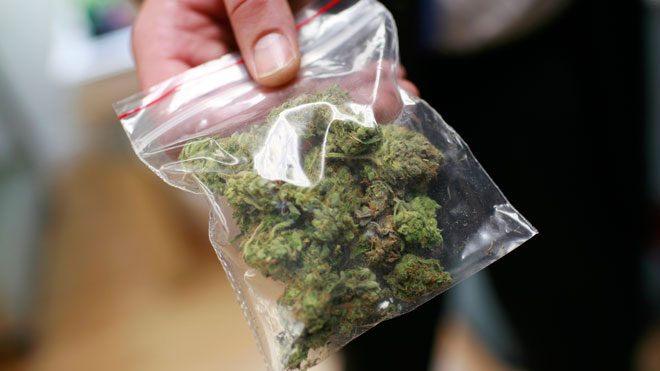 Aug 27, 2014
The General
T
T
Medical Marijuana Not Snuffed Out Yet In Florida