The City of Arcata will review a permit request asking that the city allow "Yes We Cann," a cannabis-themed event, to parade through the streets and gather in the Arcata Ball Park Saturday, Aug. 12.

During the July 19 Arcata City Council meeting, city staff identified three key legal areas that will be reviewed before any permit is issued. They include whether the event's advertising illegally targets children, if anyone under the age of 21 can legally go, and whether or not it is lawful to have the sale of alcohol in the same venue where cannabis is sold.

The event is not unlike other "canna-fest" events in Humboldt's recent past. Put on by Humboldt Green, the event would first feature a veritable cannabis pride parade beginning on 14th and Union streets, near Humboldt State. The parade would then wind about the Plaza and circle back to the Arcata Ball Park, where live music, food, alcohol and a 215 medical cannabis area would be waiting.

The medical marijuana area would be separate from the rest of the venue, and would be accessible to only those with a 215 card.

The event is also being advertised as free to children under 12, raising questions within the community and the city regarding the event's compliance with California's ever-changing law book on cannabis.

Karen Diemer, Arcata city manager, said "At this point, the city needs to do more research. However, the only difference between this event and others is that this is the first event in Arcata's history with a 215 area."

Diemer did say in a later interview with the Union that a permit will likely be issued, but it may contain several rules or regulations as a caveat to the event. This could mean banning the sale of alcohol, raising the age limit for the event, or even denying the parade but allowing the event.

In other words, a cannabis themed event is likely to take place Aug. 12 in Arcata, but what that event may end up looking like is still unclear.

City Attorney Nancy Diamond told the council that the differences in legality between the event in question and previous cannabis events held in Humboldt is California's doing. In June, California reworked its laws governing the use of medical and recreational cannabis. Diamond said it is the changes to SB94 (California's code on cannabis) that have caused the city pause. Diamond explained during the meeting that regardless of the council's or the public's feelings over the event, it will come down to simply whether or not the permit application complies with state law.

Stephen Gieder, on behalf of Humboldt Green, the chief sponsor backing "Yes We Cann," addressed the council's and the public's concerns during the meeting. "This isn't something new to the community, our events have always been done properly ... The reality is that there is a right way to do things, and a wrong way." Gieder said the parade is about the cannabis community coming into the light, and that the cannabis culture in Humboldt is one in the same with the culture and community in Arcata.

"The idea that a kid shouldn't be around cannabis is a joke. Our community thrives on cannabis," he said.

The event's sponsors have already begun advertising the event, showing, at least on their end, a large amount of confidence that a permit will be issued.

Diemer said during the meeting that while it is likely a permit will be issued, the event planner may want to "put the brakes" on advertising.

The subject of the events pre-advertising came up several times during the council's discussion. Gieder said of the advertising, that risk is always involved in planning and promoting an event.

Councilmember Michael Winkler expressed concerns over the event, citing cannabis's federal listing as a Schedule 1 drug, and its advertising, which Winkler worries may market toward children. However, Winkler said he's in favor of the event, perhaps with a few changes.

Councilmember Brett Watson said "What I like about this event is that the group who is putting it on is paying $5,000 to use the ball park." Watson's comments stem from a push by the city to see the ballpark used as an event center to help provide more income for Arcata.

Watson made clear that as long as the event complies with the law, there is no good reason to keep it from Arcata.

The proposed event has encountered pushback from some of the city's residents.

Arcata resident Jeff Knapp took to public comment during the council meeting and said "It seems disturbing when I see kids under 12 being contemplated as being apart of something like this ... Does the fact that other communities have done it make it right for Arcata?"

Mayor Susan Ornelas closed the discussion on "Yes We Cann" by saying "I think we're all supportive of this, we just want to do it legally." 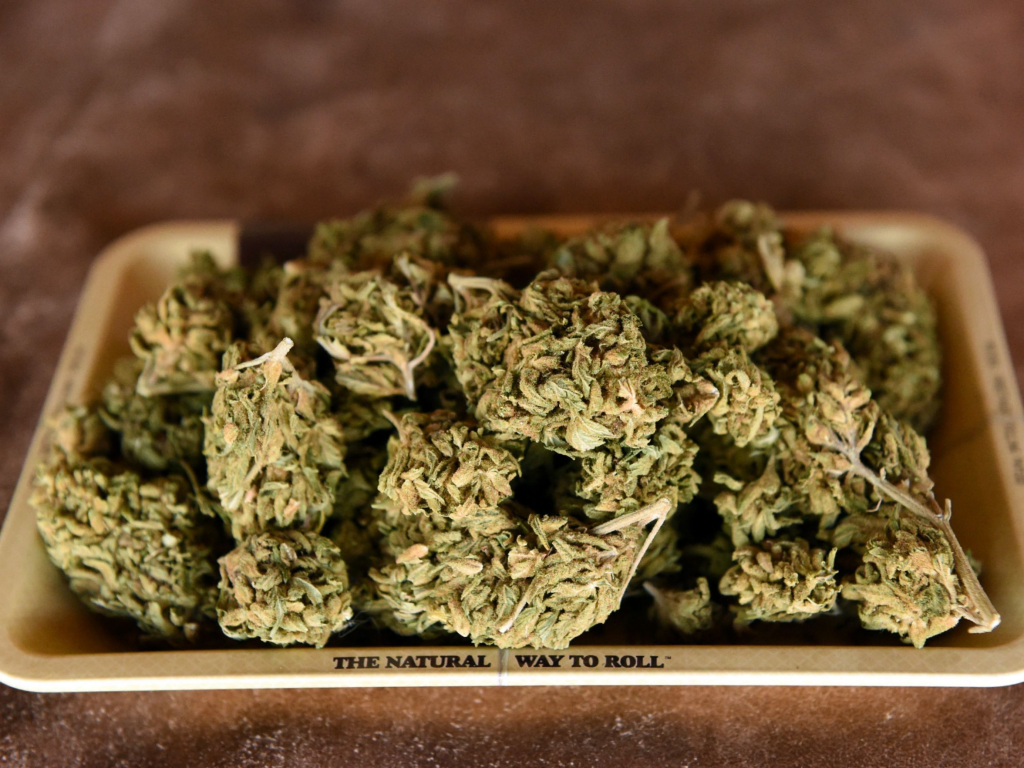 Hundred Gather In Arcata For 4/20 Celebration