The City Council last week introduced a pair of companion ordinances that bring Arcata into conformance with state cannabis law.

According to a staff report, the ordinances, nos. 1496 and 1497, tweak the Land Use Code and Arcata Municipal Code in various ways.

No. 1497 unifies medical and non-medical regulations. It also includes a process for local businesses to show compliance with local regs as a precondition for priority review for a state application.

SIPCA is already in use by Humboldt and Mendocino counties and the cities of Eureka and Rio Dell. According to a staff report, cultivators in the SICPA program tend to work with businesses also using the system in order to retain the appellation and branding from farm to retail. Arcata's adoption of the system eases Arcata business' access to local supply markets.

Scott Davies, who has a cannabis business on West End Road, told the council that use of SICPA will allow product from outside Arcata to enter the city with the SICPA QR code.

He said adoption of the SICPA platform "would allow for a more seamless movement of product from the wider county into the City of Arcata for processing or manufacturing," retaining key marketing characteristics.

"Consistency is what you need," agreed professional meeting-goer Kent Sawatsky. "The more people that participate in this, the better for these small growers."

The city had originally contracted with Biotrack THC to ensure seed-to-sale compliance. That system will be retained through the end of next year, during which time a state system will be introduced.

At the end of 2018, Arcata will reevaluate its tracking needs.

Miles Raymer of Northern Emeralds, a processing center located in the CIZ, says "there are a lot of reasons why this is a good idea."

His business relies on county cultivators, but use of Biotrack was causing him to lose the appellation. SICPA, he said, would eventually integrate with the state system for total unification.

Raymer thanked the council for adopting SICPA. "It's really a hinge thing for a business like mine in terms of allowing us to move forward in a practical and easy way," he said.

City Manager Karen Diemer said SICPA participation is voluntary for retailers, and that the eventual goal is to have a single, unified tracking system. 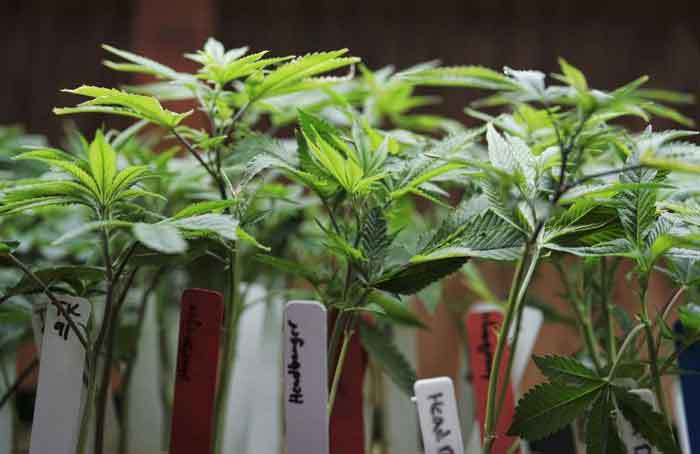