Campbell voters on April 25 will be deciding three ballot measures, two of which will decide the fate of dispensing, delivering and cultivating medical marijuana within city limits.

On Jan. 12 the city council called for a special election after a ballot initiative was successfully undertaken by petitioner Kale Schultz and his group, operating under the name Keep Campbell Green. The group circulated a petition and gathered 4,782 signatures, which were verified by the Santa Clara County Registrar of Voters.

Schultz was reached for comment about the initiative getting on the ballot but declined to give a statement to this newspaper.

Also at the Jan. 12 meeting, the council amended the same ordinance petitioners are seeking to change. The ordinance now allows delivery from licensed dispensaries located in other municipalities and cultivation of up to six marijuana plants for medicinal use. The council approved the change to address patients' need to access of medical marijuana.

At a Jan. 17 meeting, the council placed two more measures on the April 25 ballot, one of which will compete with the Keep Campbell Green Initiative.

Along with a gross receipts tax measure, the city is sponsoring a measure that would allow dispensaries within city limits with specific restrictions regarding their distance from neighborhoods and areas where children are present, such as schools and childcare facilities.

According to city staff, the gross receipts tax would only tax dispensaries making deliveries to medical marijuana patients in the city. The tax rate for dispensaries would begin at 7 percent and could increase to a maximum of 15 percent at the council's discretion. City staff estimates the tax could generate up to $260,000 annually for general city services such as police, fire and code enforcement services.

According to city attorney Bill Seligmann, a simple majority is needed for each measure to pass.

The council also placed another measure on the ballot that would ask voters if there should be a moratorium on marijuana dispensaries until April 2019. If approved, city staff said, the measure would give the city time to analyze licensing, placement of dispensaries and possible impacts such as increased crime, odors and increased traffic from deliveries.

The measure would also give the city discretion after April 2019 to allow dispensaries in Campbell that are at least 100 feet from residential properties and at least 600 feet away from childcare facilities, schools, parks, community centers and other dispensaries.

The approximate cost to the city for this special election is $570,000, according to city clerk Wendy Wood.

Initiative such as the one filed by Keep Campbell Green are separate from the November passage of Prop. 64 regarding recreational use of marijuana. Campbell's special election will only establish regulations on medical marijuana, which is regulated differently than recreational marijuana. 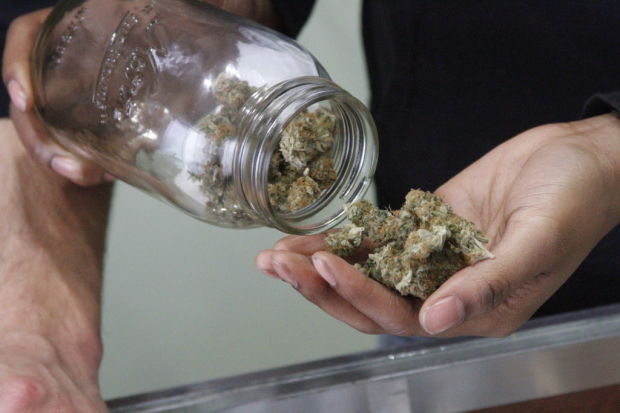