Four times a year, some Santa Barbara County cannabis growers drive to the IRS office in Camarillo with as much as $200,000 in cash stuffed in duffel bags.

That is just to pay taxes.

As debit cards and chips wipe out the need for cash, Santa Barbara cannabis growers rely on it ​– ​sometimes exclusively. Many don't have their own personal bank accounts. If their electricity bill exceeds $10,000 ​– ​not unusual for an indoor cannabis operation ​– ​they must pay money-order increments of $2,000, sometimes driving to multiple locations.

Aside from being inconvenient, cash is unwieldy and bulky. And too much on hand can be dangerous. Even though Santa Barbara Sheriff's deputies have not received reports of cash rip-offs of cannabis growers, fears exist.

Five months before California formally legalizes recreational marijuana sales, there's no sign that the cash conundrum will be fixed.

No area banks openly work with marijuana-related businesses, said American Riviera president Jeff DeVine. "If someone comes into the bank and says, 'I'm a garlic grower,' the account gets opened. But then every three days they are coming in with $20,000, and you are like, 'Wait a second. Are you really growing marijuana?'" he said.

Cannabis experts estimate that one billion dollars in marijuana-related cash funnels through Santa Barbara County every year. That's today. This figure is based on the county's voluntary online registry, which indicates about 215 growers are already cultivating on nearly 400 acres. Another few hundred operators want to start next year. They hope to grow on triple the acreage.

This is not a new phenomenon. For 20 years, medical marijuana has been legal in California. But cannabis is still a Schedule 1 drug under federal law. After the bank discovers a business is marijuana related, DeVine said, "We have to come around and close the account."

Bank deposits are insured by the Federal Deposit Insurance Corporation. Though banks are not precluded from working with marijuana-related businesses, they almost never do.

Three years ago, former deputy attorney general James Cole issued the Cole Memo, spelling out how banks can accept money from those in the cannabis industry. As long as they strictly monitored clients, federal prosecutors would leave them alone.

But the vetting process under the Cole Memo is exhaustive. "We as bankers feel as though we are not fully equipped to make judgment calls if someone is operating inside the law or outside the law," DeVine said.

Now, under Attorney General Jeff Sessions, who has condemned marijuana as a dangerous narcotic, the federal government's policies are unclear. It is possible Sessions will revoke the Cole Memo. On July 27, a task force assembled by Sessions is expected to release recommendations on a number of policy issues, including marijuana. "Why would we want to take the risk until this stuff is sorted out?" DeVine asked.

If states like Colorado or Washington provide any glimpse into the future, cash isn't leaving the industry. Carmella Murphy Houston, vice president of business services of Salal Credit Union in Washington, said her credit union is one of just six financial institutions in the state that work with the cannabis industry. She explained they work with an armored car service that picks up "anywhere from $25 [million] to $30 million in cash a month."

"It is more labor intensive," she said, but "we feel like we are providing a community service by serving an industry whose needs haven't been met." And, she said, it keeps the community safer.

In Colorado, there are reportedly just two or three financial institutions that work with the industry, and hundreds of cannabis professionals are on waiting lists to get bank accounts.

According to a Marijuana Business Daily study two years ago, 70 percent of cannabis professionals do not have a bank account. "Nothing has changed to make that number any better," Bozanich said.

In California, the state is estimating at least $1 billion in new tax revenue. Santa Barbara County is working on establishing tax rates and collection methods. The state and county government both will be forced to accept payments in cash, opening an entirely new security issue.

The State Treasurer's Office established the Cannabis Banking Working Group to develop "some systems and procedures that we hope will improve things come January," said deputy treasurer Tim Schaefer. Collecting taxes, he added, is just "the first step on a long train ride."

It's hard to predict whether or not the sales of marijuana will triple as is expected for the acreage. As more growers enter the industry, prices for cannabis ​– ​anywhere from $1,600 to $2,200 a pound ​– ​are predicted to drop. Although that reduces growers' profits, it also reduces the amount of cash they carry around. 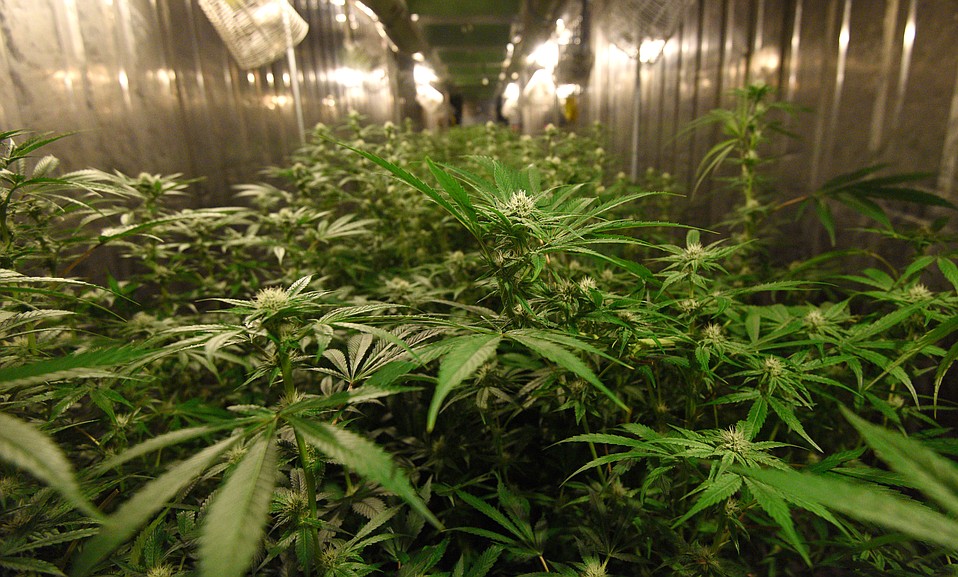