CA: Cannabis Operations In The Pipeline In Port Hueneme

A manufacturer of edibles and a cooperative are looking to open Port Hueneme's first medical marijuana operations.

YiLo, which has marijuana operations in Arizona, has applied to make its cannabis-infused food and drink products at what is currently a public works facility for the city.

Carsten Loelke, president of YiLoLife, said he found Port Hueneme to be a good fit for the company, and the climate conducive to its operations. The company makes more than 600 products including brownies, candies, chocolates and waxes and grows various strains of plants.

"It's always good to go somewhere where you're welcome, and we're trying to develop a nice relationship with the city," Loelke said.

If the company secures a business license, use permit and development agreement, YiLo plans to buy and move into 746 Industrial Way, which is just over an acre, for $1.25 million. The company would have 35 employees, the application states.

No sales would happen at the facility, Loelke said. Rather, the edibles would be produced there and then shipped to retailers throughout the state.

Being in Ventura County would make the operation central to customers in both Southern and Northern California, Loelke said. He said the products are high-quality and natural and made without any solvents.

YiLo is hoping to be open and hiring by October.

"I think that's possible, but that would assume that everything goes right and there are no delays," he said.

Port Hueneme has been working with the company on the transition, with both the police chief and a property consultant hired by the city to visit YiLo's Arizona operations. The property is a second public works facility and is underutilized, Butler said. The city's main public works site is on Surfside Drive.

Butler said he heard positive feedback about the company.

Watson declined to comment but through his attorney, Jay Leiderman, said he was glad things were on the move.

"We're so happy that Port Hueneme is moving forward in this area, and they're doing a great job so far," Leiderman said. "Everybody's very excited about the possibilities the future holds."

According to the Citizensjournal.us, the cooperative has a reception area, showroom and growing area. There will be on-site consultations with patients, who must be members of the coop to participate, the online media outlet reported.

A flurry of activity has followed voters' approval of Proposition 64, the Adult Use of Marijuana Act. The proposition legalized recreational marijuana for people 21 and older and allows nonmedical marijuana to be sold at state-licensed dispensaries.

Fillmore voters approved two measures in November allowing for maximum tax rates of commercial marijuana. Then this past week, the City Council voted to ban all commercial marijuana operations. Ventura also appears to have little interest in allowing any type of such businesses.

Butler said YiLo and the Hueneme Collective can open without the state issuing permits.

The city is projecting medical marijuana operations will bring in $375,000 in 2017-18 and $750,000 in 2018-19, according to the two-year budget. The money will go to help alleviate the city's financial problems. For several years, the city has used reserves to balance its budget.

Butler said it's likely Port Hueneme voters will see a tax related to marijuana operations in 2018. Until then, each project will have a custom developer agreement, which will spell out a percentage of sales that must go back to the city.

Because Port Hueneme has no planning commission, the City Council will vote on the use permits and development agreements. That could speed up the process, Butler said. 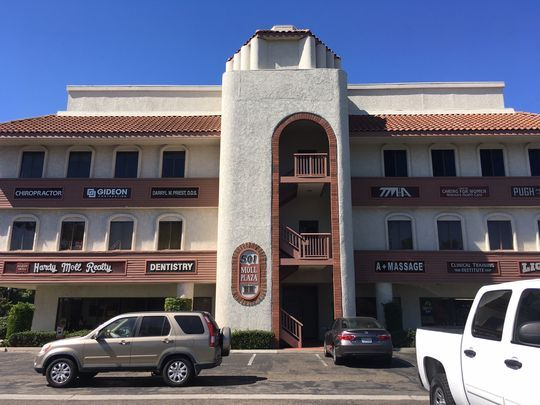