The proposed ordinance would have changed the language in the Carlsbad Municipal Code to ban commercial outdoor cannabis growing as well.

The new city ordinance matches state law approved by voters in November that permits recreational use in private if you're 21 or older and the personal cultivation of six marijuana plants.

Under the new rules, violations are considered a misdemeanor criminal offense except where state law limits the penalty to an infraction.

The proposed ordinance will be put into effect in 30 days.

Under Prop 64, recreational marijuana use will be legal in the state of California in January.

Local jurisdictions may add requirements for doing business in their individual cities through the permitting process. This can include additional tax to the taxes required by the state.

State laws created regulations and licensing requirements for cannabis growing, sales and use, but state laws give cities the authority to prohibit commercial cannabis activities, according to the City of Carlsbad.

To preserve local control over this issue and prevent the state from issuing licenses for cannabis businesses to preserve, according to the City of Carlsbad. 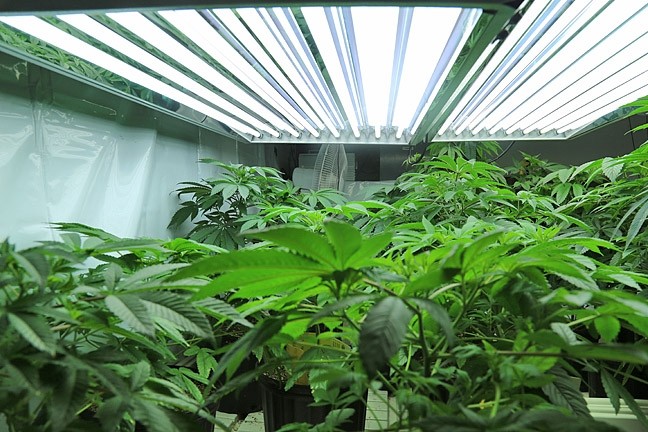