Recreational marijuana can now be sold legally to adults 21 years or older who have a valid photo ID in California.

A ribbon-cutting ceremony took place in front of the City of Shasta Lake sign at 10 a.m., where officials and friendly faces came to support and celebrate the official day. Shasta Lake Chamber of Commerce President, Mike Rader, gave an opening speech at the ceremony on the historic day.

"Ushering in a new era in the state and local for recreational marijuana. All the votes that everybody cast back in the day have now come to fruition. This is our ribbon cutting ceremony to celebrate that," said Rader.

"We already had some people use the drive-thru today for recreational, for adult use. I don't know, probably four or five. Just pull-in and see what you like," said Diem.

More than fifteen customers were waiting for the 530 Cannabis to open. Some came around an hour before 530 Cannabis doors opened. One couple, Cameron Martin-Neves and Corey Dilley, who decided to purchase their recreational marijuana from 530 Cannabis, said this legalizing means a sense of freedom to them.

"I feel free, I feel free, it's definitely a freedom thing. Free to make your own choices. I don't think anyone is hurting anybody with it. I think that they're responsible users. Everybody I've seen here today has been very adult-like. And they even have given us this perfect package here, which is childproof," said Martin-Neves.

Rader said with this change means the City of Shasta Lake is the examples of this big change.

"I'm sure this small town is kind of a testing ground. I think other cities are looking at us to see how we handle this and what becomes of this, once we show them where it's at, everyone is going to jump on board," said Rader. 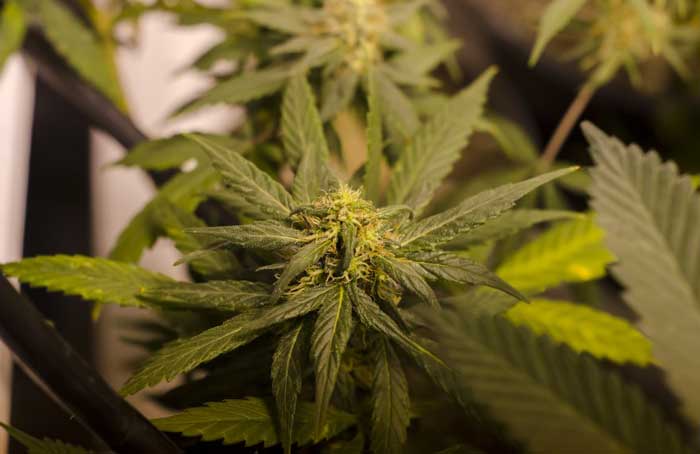