The City Council last week signed off on an ordinance which regulates the marijuana cultivation authorized by passage of Prop. 64 by California voters last November.

The measure legalizing recreational marijuana use by adults includes provisions which allow the cultivation of up to six marijuana plants at private residences - which superseded the city's prior ban on any cannabis cultivation whatsoever.

The city, did, however, take steps to regulate cultivation. The ordinance adopted by the council last week bans outdoor cultivation and requires an annual permit to grow marijuana indoors.

Both steps, City Manager Michael Holland said, are authorized within the scope of Prop. 64.

The permitting process, Holland said, will include site inspections to insure that the growing operation does not pose a health and safety risk to occupants or the neighborhood.

Modifications to electrical and ventilation systems affiliated with marijuana grows can be hazardous.

"We have had fires relating to marijuana cultivation," Holland told Mattos Newspapers. "We want to make sure that we don't create a hazard."

Holland said annual inspections will be part of the permit renewal process to ensure that grows still meet the standards spelled out in the ordinance.

"We want to make sure there have been no modifications," he stated.

A number of conditions and restrictions apply.

The city's ordinance stipulates that property owners must be made aware of the intended cultivation, that the number of plants per residence is limited to six regardless of how many permit holders live at the address and prohibits uses such as day care centers at properties where marijuana is being cultivated.

The fee for the annual permit will be determined at next week's council meeting, but Holland said he anticipates it will be in the $200-$250 range.

A number of sanctions are also contained in the ordinance.

Those found cultivating marijuana without a permit or otherwise in violation face administrative citations carrying fines that start at $250 for a first offense and increase to $1,000 for the third and subsequent violations.

Those citations, Holland noted, can be issued daily. "You can do it until they get the point," he told Mattos Newspapers.

The ordinance also has a cost recovery component which can hold responsible parties liable for the cost of abatement and emergency responses linked to an unlicensed grow.

"If you have an illegal cultivation going on and you start a fire, you are responsible for the cost of fighting that fire," Holland emphasized.

He acknowledged, though, that enforcement will most likely come on a complaint basis.

"We are going to have to do it through a process where people are calling in and reporting them if they are smelling something or if there is unusual activity," Holland stated.

The city will take violations on a case by case basis in evaluating the appropriate enforcement response.

Some violations may simply be resolved by the responsible individual coming into compliance, Holland reported, while citations and/or cost recovery steps may be deemed necessary in others.

"There are many tools we can use," he remarked. "I don't think (every) tool will be applicable to every case."

The ordinance amendment only affects marijuana cultivation in Newman. The city's outright ban on any form of commercial activity related to marijuana remains in place.

"I believe the council has taken the appropriate steps," he reflected at the close of the council meeting, "and I am sure the enforcement activities will be appropriate." 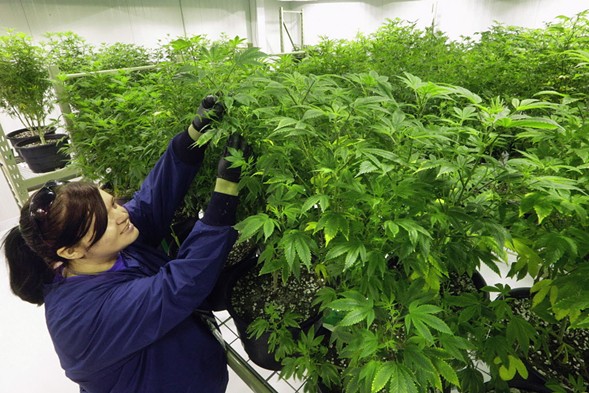