The Justice Department has dropped its case against an Oakland medical marijuana collective, ending a four-year battle over what is considered the largest medical pot dispensary in the nation.

Harborside Health Center, which first opened in 2006, has been embroiled in litigation since 2012, when then-U.S. Attorney Melinda Haag began cracking down on medical pot shops in California. (Haag stepped down from her post last year.) On Tuesday, Harborside announced the Justice Department was dropping its case against the dispensary.

"When US Attorney Melinda Haag first filed suit to seize the property Harborside is located in, I vowed we would never abandon our patients ... and predicted Harborside would outlast the efforts to close us down," Harborside Executive Director Steve DeAngelo said in a statement. "Today, thanks to the deep support of our community and our elected officials, and the skill and determination of our legal counsel, that prediction has come true."

"It's a great day for Oakland and for all of California," Oakland Mayor Libby Schaaf said. "The federal government isn't going to waste tax dollars trying to frustrate the desires of Californians to have safe access to medical cannabis."

Schaaf also noted that coincidentally, news of the dismissal came the same day Oakland is expected to adopt new regulations bringing the entire supply chain of the city's medical marijuana industry "out from the shadows."

While the use, possession and sale of marijuana is illegal under federal law, medical cannabis was legalized in California in 1996. Since then, medical dispensaries have thrived in the state. In 2014, state-registered dispensaries reported $570 million in income, bringing in $49.5 million in taxes.

It was this success that prompted Haag to go after Harborside, which brings in approximately $25 million annually in revenue from medical pot sales and serves more than 200,000 members. In July 2012, Haag's office filed a civil forfeiture action against the collective, claiming the dispensary had violated federal drug laws.

"The larger the operation, the greater the likelihood that there will be abuse of the state's medical marijuana laws, and marijuana in the hands of individuals who do not have a demonstrated medical need," Haag wrote.

The action against Harborside was part of the Obama administration's wider crackdown on medical marijuana dispensaries across the state. In 2011 and 2012, more than 500 dispensaries across California shuttered due to threats of federal prosecution despite their compliance with state law.

In October 2012, the city of Oakland sued the federal government to block the DOJ from seizing the property where Harborside operates, arguing that closing the dispensary would harm its patients and force sick people to seek marijuana via illegal means.

Over the next few years, the legal tug-of-war continued. Harborside won a series of victories in late 2012 and early 2013 allowing the dispensary to avoid eviction and continue its operations. But in February 2013, a federal magistrate judge dismissed Oakland's lawsuit. The city then appealed, and in July 2013 a judge ruled the dispensary could stay open while litigation continued. The case eventually went to the U.S. Court of Appeals for the 9th Circuit, where the city was dealt a major legal setback in August.

Meanwhile, there were several developments at the federal level that worked in Harborside's favor. In 2014, Congress approved an amendment introduced by California Reps. Sam Farr (D) and Dana Rohrabacher (R) that blocks the DOJ from using federal funds to go after state-legal medical marijuana programs. Congress reauthorized that amendment in 2015. And in October, a federal judge ruled that the Justice Department can't prosecute legally operating providers of medical marijuana.

The U.S. Attorney's Office didn't immediately return a request for comment on why the case was dropped, but DeAngelo speculated the renewal of the Rohrabacher-Farr amendment and the dismissal of a similar case against a Marin dispensary were both factors.

"I hope that what we're seeing is the beginning of the dismantling of federal prohibition," he told HuffPost.

The dismissal drew praise from Oakland-area politicians who have long stood by the collective.

"Today's decision by the U.S. attorney is a victory for health care access," said Rep. Barbara Lee (D-Calif.), who represents Oakland and pressed for the DOJ to drop the case against Harborside. "For decades, Harborside has helped ensure members of our community can access their medicine. It's past time for the federal government to stop standing between these patients and their medicine."

"Harborside Health Center has been a strong positive presence in Oakland, both for the patients they serve, the workers they employ, and for the vital public services that are supported by their tax revenues," said Oakland City Councilmember Rebecca Kaplan. "I am glad that Oakland's work on the Federal case helped keep Harborside open during this dispute, and heartened to know that the threat against them is now removed." 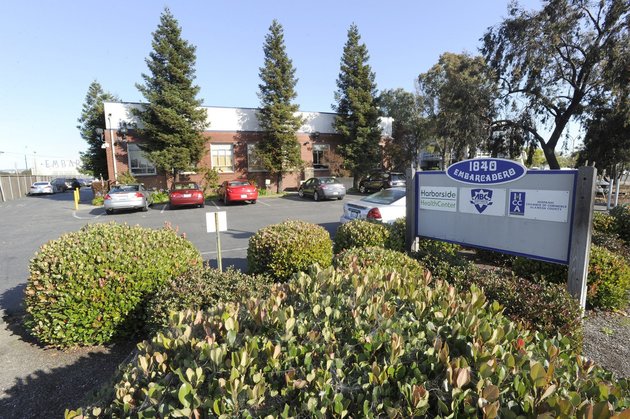 A big win for my old hometown. You go Oakland!
Radogast