Tens of thousands of people use cannabis in Fresno every day. Hundreds of people work in the cannabis industry, though few will admit it publicly – and for good reason. Cannabis business is booming in Fresno and Fresno County, even though cultivation and retail sales are banned by local ordinances. The biggest pipe dream in Fresno is that cannabis bans work. In reality, they don’t.

Even so, the Fresno City Council just voted to prohibit dispensaries and other “recreational” businesses made legal by the passage of Proposition 64, the Adult Use of Marijuana Act. This is disappointing but not surprising. Medical cannabis has been legal since Proposition 215 passed in 1996, but City Hall has never bothered to draft local regulations.

Cases in point: Larry Westerlund, the city’s economic development director, called Proposition 215 an “abortion of a law” as a sitting council member in 2011. The same day, then-Deputy Chief Keith Foster asked the council to extend a moratorium, claiming the city needed to “research the complexities” of cannabis cultivation.

In 2014, a stony rap concert at Woodward Park prompted then-Council Member Lee Brand to pitch a “three strikes” ordinance that would ban cannabis users from city parks. The council declined to play along, but the city and county both passed cultivation bans the same year.

What Mayor Brand, Police Chief Jerry Dyer and Sheriff Margaret Mims won’t admit is that prohibition laws directly contribute to illicit cultivation and sales in Fresno. Drug dealers have zero competition when lawful sales are prohibited, so bans are good for criminals. (Foster’s research confirms this.)

There are state-legal, tax-paying collectives in Fresno, too, but bans don’t reward good citizenship. Thankfully, times are changing. In 2015, the Legislature passed the landmark Medical Cannabis and Regulation and Safety Act hoping to shape an anticipated legalization initiative.

The strategy worked. In 2016, voters enacted Proposition 64, the Adult Use of Marijuana Act, which expanded the licensing framework, reduced criminal penalties, legalized personal use and cultivation by adults 21 and older, and established an excise tax that will generate hundreds of millions of dollars annually for state and local programs. (Spoiler alert: Ban cities don’t get grant funds.)

Fresno is ideally suited to serve all of those sectors, but the city wants to send jobs, tax revenues and customers to the Bay Area, Coalinga, Merced, Modesto, Sacramento, Stockton, Los Angeles, the Central Coast – anywhere but Fresno. That’s a job-killing recipe for failure, not economic development.

As for Fresno State, my alma mater, failing to pursue Prop. 64-driven research programs for industrial hemp hurts local farmers interested in growing this important seed and fiber crop. Other campuses have taken an early lead on hemp research. The Valley’s epicenter of agricultural education should not be barred from doing hemp research just because the city’s looming ban is poorly drafted.

The biggest failure of all is telling Fresno’s most vulnerable residents – including seniors, veterans and children with chronic illnesses – that the city will not allow medical dispensaries within its borders. It may be politically expedient to fight “recreational” sales to adults, but it’s flatly immoral to deny patients safe access to medicine.

“In God We Trust” means trusting God’s people to use God’s healing plants with wisdom. Or, the words are mere wall hangings, shiny but hollow.

This stalemate must end, and soon.

Here’s how: Council members Clint Olivier, Esmeralda Soria and Oliver Baines voted to uphold the will of the majority of voters who backed Prop. 64. A fourth vote is needed to start drafting regulations. That’s a tall order but doable.

Or, Fresno can pretend it’s a “dry” city, even though it’s flooded with cannabis businesses. That’s not good public policy; that’s fantasy camp for theocrats. 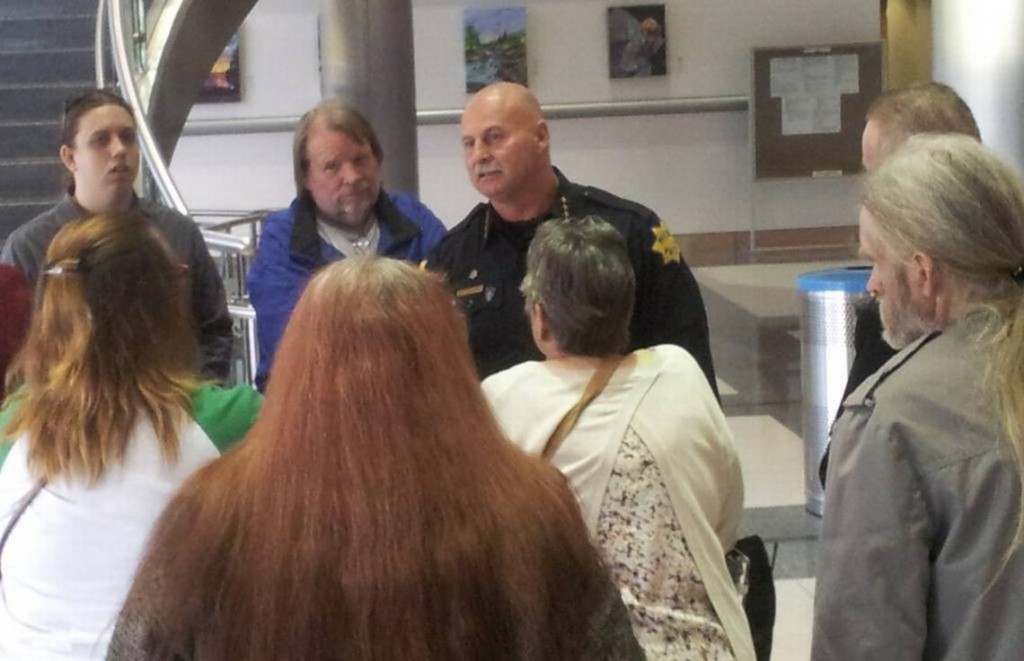 CA: Will Fresno Pass A Ban On Marijuana Businesses? Council Members Have Differences