Even the most upstanding marijuana dispensaries in the city of Los Angeles aren't fully legit. They're tolerated under voter-approved Proposition D, which gives limited legal immunity to 135 or fewer collectives. Otherwise, pot shops are 100 percent illegal in this here town.

That's a problem under California's Medical Marijuana Regulation and Safety Act (MMRSA), a trio of bills signed by Gov. Jerry Brown last year. MMRSA seeks to regulate the cannabis business in California from seed to store, and one of it's pillars is that dispensaries must be licensed by their local jurisdictions as well as by the state. It goes into effect in 2018.

Los Angeles doesn't do licenses. It sort of does turning the other cheek. Without local permits, those 135 retailers will become state outlaws when MMRSA takes effect. L.A. area Assemblyman Reggie Jones-Sawyer tried to save the day with a bill, AB 2385, that would have exempted Proposition D compliant collectives from the local licensing requirement.

Last night Gov. Jerry Brown said no. He vetoed the bill, arguing that Los Angeles should play by the same rules as the rest of the state. "This bill is inconsistent with the dual licensing requirement established last year by the Medical Cannabis Regulation and Safety Act [a.k.a. MMRSA]," Brown said in his veto message.

There are other potential fixes in the mix. A group representing many of those limited legal immunity shops, the United Cannabis Business Alliance (UCBA), said earlier this month that it has turned in more than enough voter signatures to put pot shop permits before city voters on the March ballot. If the measure makes the ballot and passes, City Hall could be forced to issue the paperwork to qualifying collectives.

Council President Herb Wesson has also floated the idea of putting a measure on the March ballot that would license stores, possibly expand their numbers, and perhaps even legalize pot delivery services in the city.

Meanwhile the Los Angeles Cannabis Task Force, whose leaders say it represents some limited legal immunity dispensaries, as well as some illegal pot shops outside the world of Proposition D, spiked the ball after learning of Brown's rejection. "The Los Angeles Cannabis Task Force was the only organization to publicly oppose the bill," according to a statement from the group.

"Governor Brown's veto gives L.A.'s cannabis industry a tremendous opportunity to come together and find a solution that's fair and inclusive," said task force chair Ariel Clark. "Thank you, Governor Brown, for ensuring we have the chance to fix Proposition D so that new business and entrepreneurs can thrive in LA." 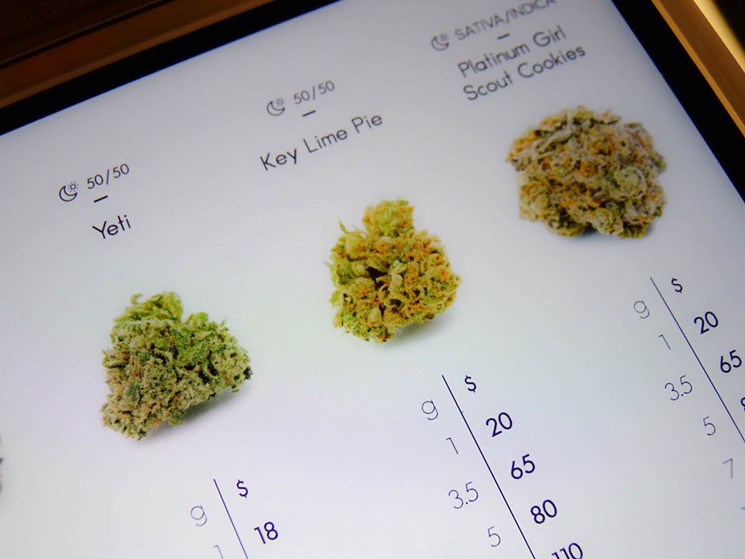