A man from San Bernardino County watched Friday night as Merced County sheriff's deputies shut down his marijuana operation near Stevinson that he estimated was worth about $1 million, deputies reported.

Deputies received a tip about the site in the 23000 block of Fourth Street in Stevinson and conducted a compliance check at about 6 p.m. Friday night, Sgt. Ray Framstad said.

Deputies met the tenant of the site, 24-year-old Colton resident Jose Luis Espinoza Moroyowui, who escorted them to the operation.

Moroyowui told deputies he scouted the entire state looking for a site to grow marijuana for a profit and settled on the one in Stevinson, Framstad said.

Deputies found five makeshift greenhouses about 250 feet long and 17 feet wide that were used to grow more than 700 cannabis plants, Framstad said. Moroyowui told deputies each plant would produce a little more than one pound of marijuana with a value of about $1,500, Framstad said.

A trailer and garage on the property also were converted to processing and drying rooms. There, deputies found about 75 pounds of processed marijuana.

The operation included about $50,000 worth of equipment such as lumber, fans, LED lights, tarps and a watering system using unmarked chemicals.

Large operations such as the one run by Moroyowui often attract violence, particularly during harvesting season, Framstad said.

Moroyowui showed deputies medical marijuana recommendations from doctors for six people, thinking he had the proper permits for the operation.

But the county's nuisance ordinance for outdoor cannabis cultivation allows 12 plants per parcel.

"The nuisance ordinance aims to deter commercial operations and organized crime members from out of town from coming into our county and bringing danger to our citizens," Framstad said. 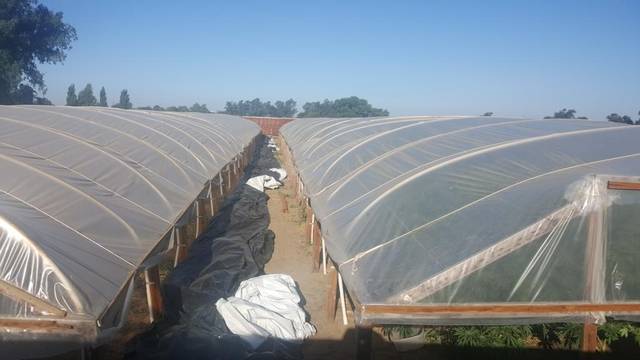 CA: Smoking Pot Is Legal. So Why Does Merced's Sheriff Want To Ban Growing It Outside