It's officially 2018, and sales of marijuana for recreational use is legal in California.

Monterey Bay Alternative Medicine in Del Rey Oaks became the first location in Monterey County to sell recreational marijuana Monday and was greeted with a line of consumers as a result.

"This has been one of those moments that we didn't know if there would be five people waiting here this morning or 500," said Cecilia Stock, director of Monterey Bay Alternative Medicine. "People are going to have short wait times and going to have great experiences today and that was what our number one goal."

Monterey Bay Alternative Medicine has been open since 2015 and received the first retail storefront adult-use license in Monterey County from the state's Bureau of Cannabis Control Stock for 2018.

"Today we couldn't be more excited because we have a whole new group of people to welcome into our MBAM family," Stock said. "All of our patients are family, and so our family just potentially doubled and opened up a whole new world to it."

Stock said expanding is important to diversify and provide softer impacts from marijuana to communities.

"We understand a lot of cannabis is going to be coming into a lot of communities, said Stock. "My goal from the beginning here has really been to do it right, do it best, show best possible business practices so that we can make positive impacts on the community."

Thomas Lacey, sales inventory and technology support at Monterey Bay Alternative Medicine, said he has already seen an impact those who have already been visiting their location for medical marijuana for quite some time now.

Lacey said he doesn't expect the crowds to die down right away because the store is the only location in Monterey County authorized by the state to sell recreational marijuana.

It has been more than a year after California voters approved Proposition 64 that legalized recreational cannabis.

There are still a number of rules that individuals should be aware of regarding weed.

Only adults 21 and older can purchase marijuana without a doctor-issued recommendation for medical marijuana. Adults with recommendations can pay a lower tax rate with a state-issued ID card.

Up to six plants can be grown inside a home, though tenants will need their landlord's permission.

Public use, including inside a vehicle, remain illegal for drivers. But, the state added new laws in 2017 to treat marijuana similar to alcohol among motorists, including passengers.

According to the state Department of Motor Vehicles, neither the driver nor a passenger can use cannabis or have open containers while in a vehicle. (Senate Bill 65).

In addition, the California Highway Patrol will receive $3 million to train state and local law enforcement on recognizing impaired drivers.

Additional cash raised by Proposition 64's tax on marijuana sales is required to go toward anti-DUI work and research.

This day is important to Stock on a personal level and is also big because it provides a safe alternative to things like alcohol, said Stock.

Letting adults choose how they use different substances like cannabis, which Stock said has no known lethal dose established, has been a huge point of advocacy for Stock.

Stock said Monterey Bay Alternative Medicine is currently working to open a location in Salinas on Moffett Street and said there is a possibility they may have a soft opening soon. 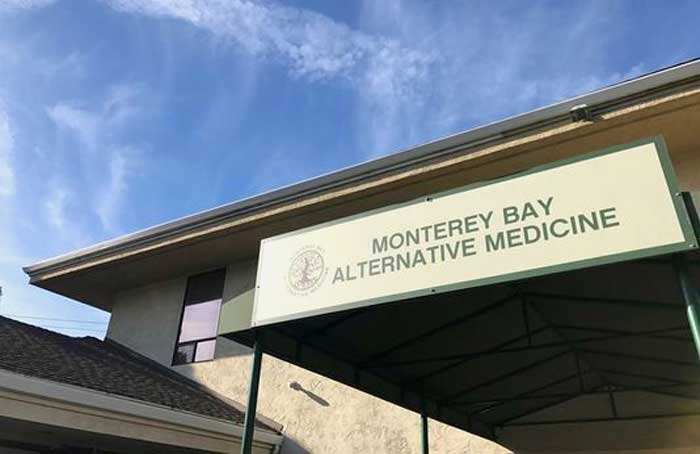 CA: Only One Business In Monterey County Ready For Recreational Cannabis In 2018