As the city of Lompoc moves toward full implementation of its recently approved cannabis ordinance, there is a faction of residents within the city working to put the fate of the new law into the hands of the voters, while a separate group is looking to potentially force out the city's top elected official.

With an important deadline looming, things could soon come to a head for both sides.

The opposing groups were both formed this month in direct response to the Lompoc City Council's Nov. 7 adoption of Ordinance No. 1640(17), which will allow and regulate the commercial marijuana industry in Lompoc. Some within the city, including Mayor Bob Lingl, have been outspoken about their opposition to the ordinance, and a group of those opponents has begun a push for a voter referendum that would temporarily halt the law and have it placed on the November 2018 ballot for a public vote.

In response to that effort, another group of residents has joined to explore the possibility of recalling Lingl, who was elected to a second two-year term as mayor in November 2016.

"I just think this wasn't well-thought-out," Helen Free, a spokesperson for the referendum group, said Friday about the city's new cannabis ordinance.

The group of residents that is pushing for the referendum held its first meeting Nov. 8, the day after the city adopted Ordinance No. 1640(17) with a 4-1 vote. Lingl, who provided the lone vote of opposition, warned the council before its vote Nov. 7 that a group was forming to pursue a referendum and suggested that by voting in favor of the ordinance, the council members were actually voting to have it delayed a year until the 2018 election.

Although Lingl would later deny that he was involved in the referendum effort, his comments ahead of the vote led some to believe that he was endorsing the move. Among those who felt that way was resident Joe A. Garcia, an outspoken cannabis advocate who publicly announced at that Nov. 7 meeting that he would push for a recall of the mayor.

Garcia said he was motivated not only by the marijuana comments but, also, by other statements and actions from Lingl, who has publicly spoken out against bringing the commercial cannabis industry into Lompoc.

Garcia said he believes Lingl is "continuing to use misinformation to keep the opposition fired up to stop this ordinance."

"There are many safeguards that Bob is fighting to stop and, frankly, it's quite silly and ridiculous for Bob to claim that he is for safety and for growth and for the people and for good-paying jobs when he's fighting everything that we're doing to bring those things in here," Garcia said, suggesting that embracing the marijuana industry would lead to those desired outcomes.

"Bob is trying to stop all that," Garcia added. "I think this really shows that Bob says a lot of things, and Bob does a lot of other things."

Putting on 'the brakes'

The group pursuing the referendum is doing so because many within the group believe the ordinance is heavily "flawed," according to Free.

"The referendum that we're proposing doesn't preclude personal use or growing of six plants in the home, because we know the state passed that," Free said. "We're not trying to bypass anything that the state has passed. We just felt like the people ought to know that this referendum will only address the commercial growing, processing and sales of cannabis. It kind of puts the brakes on the process to allow the citizens of Lompoc to determine if the policy that was adopted by the City Council majority really meets the community standards."

Among the flaws of the ordinance, Free said, are that it doesn't outline protections for controlling or limiting second-hand smoke; it allows for shops to open near places of worship; and it doesn't prevent businesses from opening near drug and alcohol rehabilitation centers.

"My God, that's like putting an alcoholic in a liquor store and saying, 'We're gonna help you,'" she said.

Free also took issue with the fact that the ordinance doesn't specifically limit the number of businesses that can open.

Members of the council have argued, in response to that latter complaint, that the free market will regulate and determine how many businesses can operate, especially since cannabis commerce and activities will be banned in many areas within the city, such as in exclusionary zones surrounding schools.

Still, Free believes many voices in the city were going unheard.

"Really, I feel like (the ordinance) was created exclusively with input only from the cannabis industry and it failed to include any other point of view," she said.

It was suggested by City Councilwoman Jenelle Osborne and other residents that many of the issues being raised by those opposed to the ordinance should have been brought forward earlier than October or November this year. The council began exploring the ordinance in December 2016 and even formed an ad hoc committee consisting of Osborne and Councilman Victor Vega that hosted four public meetings on the topic between January and May.

Free acknowledged those points but said she still believes the process was too one-sided.

"I wish we, as voters, were as prompt in taking part in this sort of thing as we ought to be," she said.

"We feel like the process missed the input from citizens that for whatever reason didn't realize how fast this was moving and maybe didn't understand that there wouldn't be another step," she added. "As sophisticated as we all are sometimes about voting, we just missed the boat."

Mark Ashamalla, who has been a vocal supporter of the ordinance and the cannabis industry, said he disagreed with having a voter referendum and likened the move to a child who became upset after he didn't get his way.

"I think it was a scare tactic or a last-ditch effort, but I can respect that," Ashamalla said. "If you're that passionate about something, sure, don't give up."

The supporters of the referendum will need to get 1,642 signatures – 10 percent of Lompoc's registered voters – in order to move forward. The group has until Dec. 7 – 30 days after the adoption of the ordinance – to turn in those signatures to the city clerk.

Free said that some within the group, which she said has about 12 to 20 members, have discovered that typically only about 70 percent of signatures in these types of efforts are determined to be valid, so the group is looking for "way more" than the 1,642 required.

She said that the effort goes beyond personal political leanings.

"It's a diverse group," she said of the referendum supporters. "I believe, and I can't attest to this, but it seemed to me that it crossed party lines. It didn't seem to be a Democrat or Republican issue; it seemed to be a Lompoc citizen issue to me."

Garcia considers the mayor's words and actions to be an issue of greater concern for Lompoc citizens.

Garcia told the Lompoc City Council and community on Nov. 7 that he had acquired thousands of Lingl's emails through a public information request and he said a week later that those emails had since been turned over to a professional to look through them for any violations of election law, such as using city emails to campaign or evidence of collusion.

While Garcia said he wasn't yet aware of proof of any such violations, he said he has pulled together a group of about 50 people to explore a recall of the mayor. He noted, however, that the recall effort is still in the early stages.

"We're gonna see what we have and see if there's a political will to move forward," Garcia said. "If we believe we have a chance to move forward with it, that's what we're going to do. If we feel, for whatever reason, that we would not be successful or it would not be beneficial to the people of Lompoc or the city of Lompoc ... I'm willing to back off."

Free thinks that everyone should support having the entire community, rather than just five council members, weigh in on major topics like cannabis.

Garcia, who said he would likely drop the recall issue if Lingl would come out and publicly denounce the push for the referendum, believes the referendum is actually going against the will of the voters.

"We voted on it and we did the process, and the democratic process worked," he said. "I don't know if they were asleep during the voting process or what.

"But if someone feels passionately about something," he added, "who am I to stand in their way?" 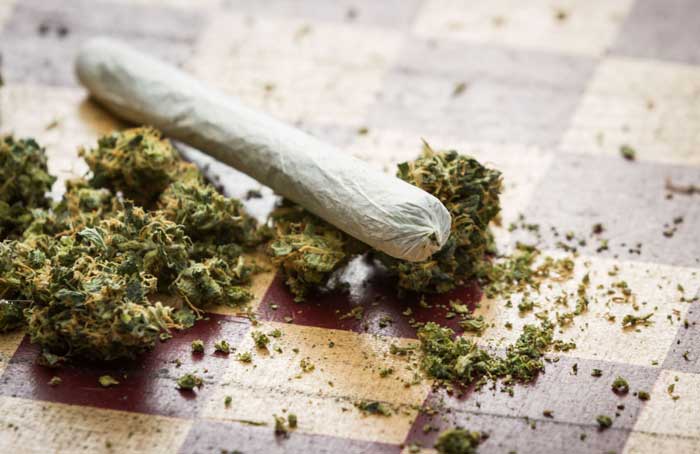 CA: Lompoc Council To Focus On Marijuana At Tuesday Meeting