In January, recreational marijuana use will become legal in the state of California. Los Angeles City Controller Ron Galperin released today a handy map of medical marijuana dispensaries operating within the city prepare for that event.

Of course, the map isn't necessarily meant for prospective customers. It charts the legal status of the dispensaries, noting whether they have received a Business Tax Registration Certificate and whether the City Attorney has filed criminal cases against them.

Galperin, who has a penchant for fun data-crunching tools and graphics, also sent a letter to the city council, encouraging increased oversight over the dispensaries operating in the city.

On a more individualized level, Galperin says that consumers and concerned citizens alike should take advantage of the new map tool.

"We are putting information in the hands of both potential buyers and neighbors of these businesses, who deserve to know whether they are operating legally and how to report any negative impacts on neighborhoods."

According to Galperin, as many as 1,700 medical marijuana dispensaries are currently operating in Los Angeles, but this year just 139 sellers have obtained valid tax certificates in compliance with the city's tax regulations. 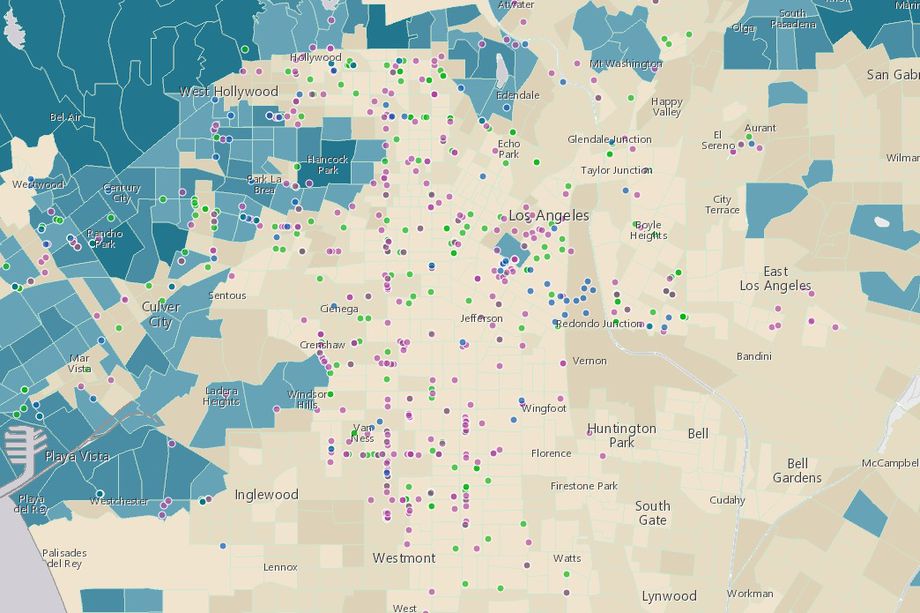