A group representing a number of quasi-legal pot shops in the city of L.A. will throw its considerable weight behind a City Hall—sponsored effort to make those dispensaries fully legal. The organization, the United Cannabis Business Alliance, is scrapping its own measure, which already had qualified for the March ballot. Instead of potentially splitting the pro-pot vote with initiatives that essentially seek the same thing, the UCBA announced this afternoon that it will support Proposition M, which was approved for the ballot by the City Council last month.

"In the spirit of collaboration, the UCBA board of directors determined that the best approach to ensure uniform cannabis regulations for patients, communities and cannabis businesses is by working with the Los Angeles City Council rather than continuing to seek voter approval for our own initiative," UCBA president Jerred Kiloh said in a statement.

The exact language of next year's Proposition M, which was the brainchild of City Council president Herb Wesson, is yet to be determined. But Wesson's office indicated he favors both the legalization of delivery services and an expansion of the number of pot shops in town above the 135 that currently enjoy limited legal immunity.

The two sides have had their differences. UCBA, which claims to be the largest trade association for those quasi-legal shops, has consistently opposed legalizing third-party delivery services such as Speed Weed. And the group hasn't appeared to be as enthusiastic about increasing the number of pot shops.

Currently, only 135 or fewer medical marijuana dispensaries enjoy quasi-legal status in L.A. under 2013's Proposition D. But that is all but certain to change, due to both the passage last month of Proposition 64, which legalizes recreational marijuana statewide, and last year's California's Medical Cannabis Regulation and Safety Act (MCRSA), which requires local permitting if medical dispensaries want to exist after Jan. 1, 2018.

The Southern California Coalition, an early backer of Wesson's plan, represents another key faction of quasi-legal shops in the city. It wants to see as many as 495 shops fully legalized in L.A., according to coalition co-founder Virgil Grant. He says there are as many as 1,500 dispensaries within city limits, the vast majority of them illegal. So shutting more than 1,000 of them down while legalizing nearly 500 could serve L.A.'s big appetite for weed, the coalition argues.

Wesson's proposal would upend Proposition D and leave it up to the City Council to ultimately decide how many shops to permit.

Under California's new recreational marijuana law, pot shops that obtain the permission of state and local officials can sell recreational pot to those 21 and over starting in 2018. It's expected that the weed market will expand and that many of L.A.'s medical marijuana dispensaries will convert to recreational sales. 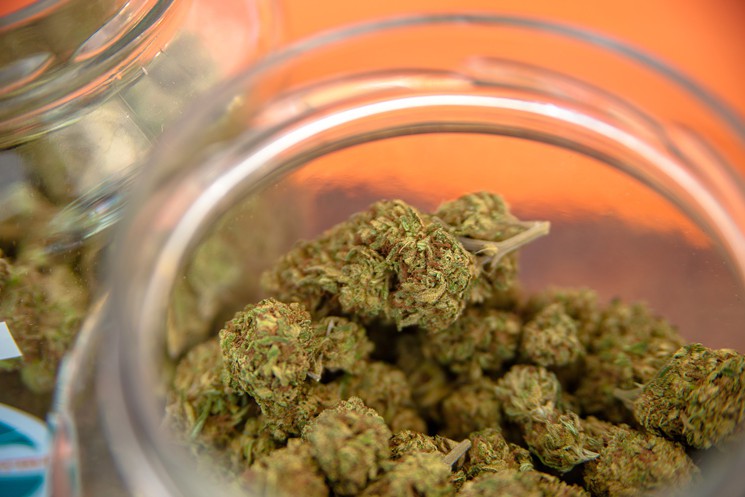 Dec 14, 2016
Katelyn Baker
K
K
Pot Delivery Is Illegal In L.A. Some In The Weed Business Want To Change That