PG&E is giving marijuana growers a break when it comes to their energy bills.

The company announced that cannabis, or marijuana, will be treated as an agricultural crop.

So growers will get the same discount that other farmers get.

And PG&E is now classifying marijuana the same as they would any other crop that's grown in the state, like almonds or tomatoes.

"Our perspective, and this is based on requests from customers, after the proposition passed that made it legal is. If it's legal in the state of California and it's permitted in certain jurisdictions, then it should be treated like any other agricultural crop," said Denny Boyles, spokesman for PG&E.

PG&E says the growers would have to show their permit to grow the crop.

And then representatives from PG&E would visit the operation to make sure that 70-percent of the energy use goes to ag production.

Then they would get the same discount as other ag users.

"We have agricultural customers who spend tens or hundreds of thousands of dollars a month for pumping water. I wouldn't anticipate that we'd see that same amount of volume for this," Boyles said.

Boyles says the amount of discount depends on several factors, including how much energy is used and when.

Ryan Jacobsen of the Fresno County Farm Bureau says many traditional farmers will probably be surprised by PG&E's decision.

"I think right now, I think a lot of farmers would probably question why it's necessarily being compared to tomatoes and almonds when it is something that doesn't necessarily match up to those necessary crops," Jacobsen said.

He says California has not yet defined cannabis as an agricultural crop.

"The proposition just passed in November. We have a long ways to go until we figure everything else out that comes with cannabis production," Jacobson said.

Medical marijuana operations are also eligible for the discount.

But it does not apply to individuals who are now allowed to grow six plants in their homes under Prop 64. 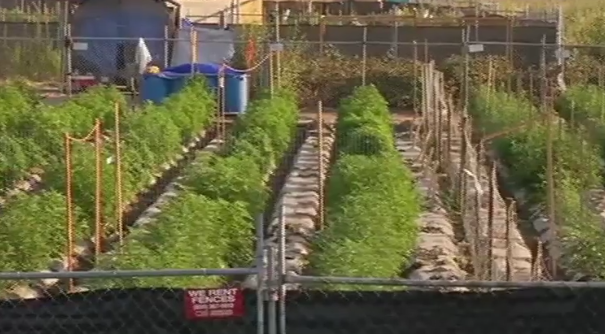