Santa Barbara-based Canndescent's 9,600-square-foot cultivation facility at 65321 Two Bunch Palms Trail is the first of many cultivation centers expected to open in Desert Hot Springs and the Coachella Valley at-large.

Canndescent CEO Adrian Sedlin told City News Service he looked forward to being part of a major societal transition, "going from a position of condemning cannabis to a position of embracing its medicinal benefits."

In 2014, Desert Hot Springs voters backed measures allowing marijuana dispensaries and cultivation after a local economic emergency was declared. The city also approved taxation measures for cultivators, requiring the businesses to pay an annual tax of $25 per square foot for the first 3,000 square feet and $10 per square foot for additional space.

Desert Hot Springs Mayor Scott Matas said Sept. 29 "will be an historic day for our city. With Canndescent opening its doors and 50 more projects in the works, cultivation tax revenues will drive significant economic expansion in the area and allow us to improve services for our residents."

Sedlin called working with the city "a blessing" and a "model for public-private partnership."

The industry is expected to boom in the region, especially if California voters approve Proposition 64, which would legalize recreational marijuana use in the state.

Canndescent will open Thursday without direct competition, though measures for marijuana cultivation and taxation have also been approved in Cathedral City and Coachella.

Government, state and local officials will be in attendance touring the facility; a monument presentation will be made to the city of Desert Hot Springs in recognition of introducing the first marijuana cultivation facility with a municipally-issued permit; and a Boy Scout troop will kick off the festivities with the Pledge of Allegiance.

A reception will immediately follow the ceremony at the Two Bunch Palms Resort. 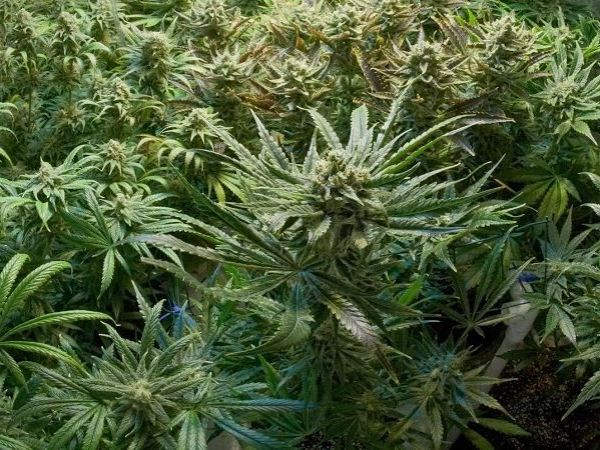