Development of the county's blueprint for comprehensive cannabis regulation has been delayed by two weeks after an apparent miscommunication between supervisors and planning staff over zoning exemptions for established marijuana grows.

Building and Planning Department staff members will release their initial environmental study on Nov. 14 to evaluate the potential environmental effects of a provision added Tuesday to allow already existing small-scale growers, or "cottage growers," to continue growing in neighborhoods where cultivation sites will be otherwise disallowed.

Staff added the provision to the preliminary project description after Supervisor John McCowen sharply criticized what he saw as a discrepancy between it and previous directions from the Board of Supervisors.

"I think we have here a fundamental misunderstanding of what I think board direction has been," McCowen said, adding that county staff failed to heed clearly worded directions from the board to include the exemption. He cited a memo he had written and filed with the agenda from a meeting in August.

The other board members recalled discussing the provision and agreed that it should be added at the Tuesday meeting. Staff members and Supervisor Dan Gjerde later indicated that, while it had been discussed, board members may not have conveyed a clear consensus on the matter.

The regulatory framework, which must be publicly assessed for potential environmental effects in accordance with state law, restricts cultivation sites to rural and lower-density residential zones in unincorporated areas of Mendocino. Under the amended ordinance, growers who have been in operation since before Jan. 1, 2016, and have complied with current setback requirements will be allowed to receive a county permit regardless of the zone in which they live.

"Cottage growers" will be able to transfer their sites to another location if they wish, but they will not be able to renew their permit if they let it lapse. Those sites, which cannot exceed 2,500 square feet, will not be able to expand unless they meet the updated requirements for zoning and setbacks.

McCowen took issue with the cautious approach taken by staff, who emphasized the need to carefully assess all potential environmental impacts. That additional analysis would postpone approval by the Planning Commission two weeks, from Dec. 1 to Dec. 15, with final approval by the Board of Supervisors likely sometime in January.

"Again, this displays a fundamental misunderstanding, I believe, that many people have of what we're doing here, including, frankly, a lot of resource agencies," McCowen said. "They're viewing this as if we're starting from scratch and we're creating new entitlements. And in part we are — we're allowing people to increase their current limit. But primarily, we're dealing with an industry that has been completely out of the box and increasingly so virtually every year."

"This is an effort to bring an essentially unregulated industry into compliance with the regulatory framework, and the impacts of that are already all out there," McCowen added. "We're not creating new impacts."

It is essential to bring established growers under regulatory supervision in order to isolate and focus law enforcement resources on growers who flagrantly damage the environment and flout setback requirements, McCowen said.

Planning and Building Department chief planner Andy Gustavson stressed the need to comply with state law, saying that the California Environmetnal Quality Act puts the burden on agencies to prove the absence as well as the presence of any environmental impact.

The 30-day public review required by CEQA, which should begin upon the mid-November release of the department's initial study, could lead the Planning Commission to recommend drafting an environmental impact report, a process that could last between 45 and 90 days, Gustavson said.

"While Supervisor McCowen is looking forward and coming to a conclusion that we may very well arrive at, we have to be more deliberate," Gustavson said, adding that a recommendation for further environmental study was not expected. 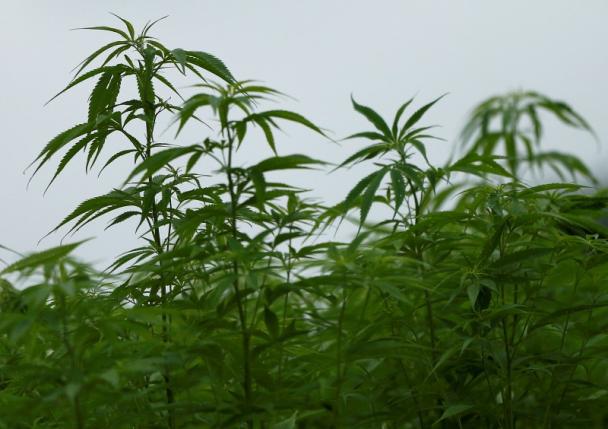