The legal boundaries of Mendocino County's budding cannabis industry came into sharper focus Tuesday as the Board of Supervisors finalized the details of the Medical Cannabis Cultivation Regulation.

Groups of individuals holding collective title to a single parcel, so-called "tenants in common," will be allowed to grow on multiple sites within that property, but the total cultivation area of the sites will be subject to the maximum of 10,000 square feet per parcel.

Some public speakers had requested that the upper limit apply to each individual within a collectively-owned property, but the supervisors insisted that it apply strictly to each legal property.

Friends and foes of the industry packed the board chamber to make arguments either for loosening or further restricting regulations on the industry. The board accepted a number of provisions recently approved by the county Planning Commission while making its own modifications in an effort to satisfy the various conflicting interests affected by the legislation.

Both the Planning Commission and the Board of Supervisors have emphasized aggressive enforcement as a means to clear the industry of outlaw growers. Growers and non-growing neighbors alike have taken to the microphone at public meetings to condemn the menacing guard dogs, trespassing, theft, heavy traffic, and general air of hostility that some growers have brought to once-peaceful neighborhoods, and officials have vowed to pair legislation with action.

Under direction from the commission and the board, revenue from ballot measures AI and AJ will fund efforts to force stubbornly non-compliant growers either to comply or shut down, although, as Supervisor John McCowen noted, a recently filed lawsuit challenges the legality of the measures.

The county counsel's office will develop language for the ordinance providing a means to quickly bring non-compliant growers into compliance, possibly by referring cases from the agriculture and planning departments — the primary enforcers of the new regulations — to the Sheriff's Office, which has had exclusive responsibility for enforcing Chapter 9.31, the county's current stopgap marijuana ordinance.

The county will develop an ordinance protecting oak trees as recommended by the Planning Commission. At Supervisor Carre Brown's suggestion, though, the county will balance environmental stewardship with concern for landowners' needs by allowing diseased and aging trees to be removed without onerous restrictions.

The board was more cautious about another environmentally oriented recommendation from the commission. While acknowledging the destruction that some growers have caused to the landscape by leveling large sections of earth for cultivation, McCowen speculated that much of the destruction decried by public commenters might have been already illegal under the county's current grading ordinance and that what the public perceives as the lack of effective legislation may really just be a lack of enforcement.

The board directed staff, therefore, to study the current ordinance for any shortcomings before potentially developing a new one to take effect in 2020, and stated, in the meantime, the county could more aggressively enforce the current law.

In the interest of keeping residential neighborhoods clear of commercial cultivation, the county will restrict growers not just on the basis of certain zones but individual parcel sizes as well. Supervisors accepted the commission's recommendation to ban cultivation from all residential zones, including rural residential with parcels of two acres or less (RR-1 and RR-2), and they decided to add a two-acre minimum on all parcels and a ban on RR-5 parcels smaller than the normal five acres.

Growers who use pesticides and other conventional farming methods will be unhappy with the board's decision on appellation standards. Cultivators who wish to advertize their product as being grown in Mendocino County will have to conform to organic farming methods.

Board members wavered on the requirement, which was suggested by a public commenter as a way of ensuring a high reputation for locally grown cannabis, and reached a decision only after consulting the public. About two-thirds of people in the audience raised their hands in favor versus a third opposed.

Applicants for new cultivation sites might be ensnared if the Justice Department subpoenas the county government for documents submitted as part of applications for new grows, but the county might have a way out for existing growers, Gjerde said. Dianne Curry, the acting agricultural commissioner, assured the board that applicants would be able to present their proof of existing cultivation and then immediately take them home.

"That's huge!" shouted a man in the audience, prompting applause. 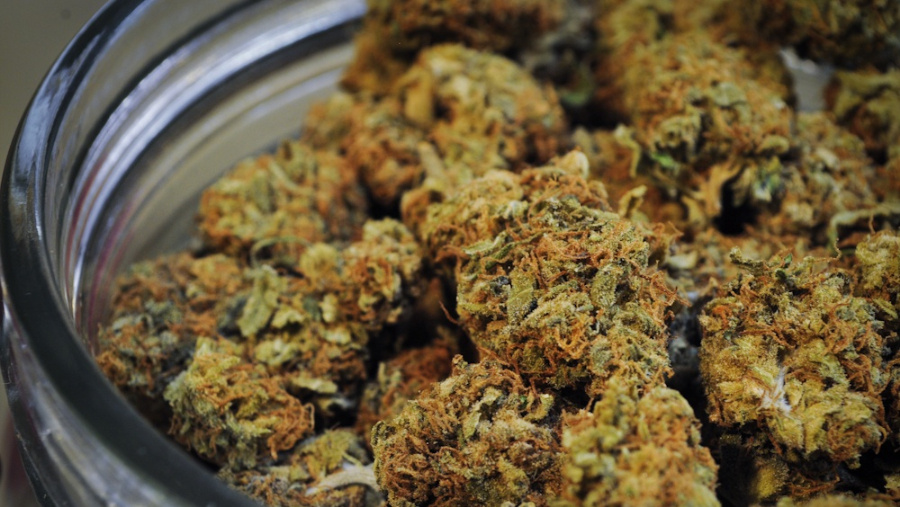