The confusing rollout of marijuana regulations in California has been underscored in Mendocino County, where local authorities licensed a company to deliver pot only to have state police arrest two employees who were trying to do just that with nearly a ton of weed.

The workers for Old Kai Distribution were transporting the marijuana from a farm when they were pulled over Friday afternoon by a California Highway Patrol officer on Highway 101 near Ukiah, according to Joe Rogoway, an attorney for the company. They were driving an unmarked van and were stopped for a traffic violation.

The workers showed the officer the company's county license and a manifest for the marijuana, but the officer insisted it was illegal, called for backup and arrested the men.

The company argues it can transport marijuana within the county with its local license, and county spokeswoman Sarah Dukett backed that interpretation. She said Old Kai was issued a distribution license last week that allows it to legally transport marijuana under two local ordinances passed this year.

The workers were cited for unlawful transportation of marijuana and unlawful possession for sale. Investigators also seized all the marijuana and the company's van.

"It is incomprehensible that this has occurred," said Rogoway, who sent a letter to CHP demanding that the charges be dropped and the marijuana returned to Old Kai.

Acting California Highway Patrol Commissioner Warren Stanley said the arrest was appropriate because a state license also is required for legal transport and those permits don't take effect until Monday, when broad legalization arrives in California.

The officer who made the Ukiah stop was not targeting the business, said Stanley, who is not aware of any other arrests of a locally licensed marijuana operation. CHP primarily is concerned with drivers who could be high behind the wheel and the agency has trained 97 percent of its officers and sergeants in advanced drugged driving recognition skills, he said.

Stanley commented after a ceremony for CHP Officer Andrew Camilleri, who was killed on Christmas Eve by a driver believed to be drunk and high.

California has had legal medical marijuana for two decades. In 2016, voters approved broad legalization and the state and communities that want such "adult use" marijuana businesses spent the last year writing complex regulations.

Some didn't get their regulations finalized in time to start issuing local licenses by Jan. 1 while others decided to outlaw recreational pot altogether. Meantime, all forms of pot remain illegal under federal law.

The marijuana that was seized in Mendocino County had been collected from a family-owned farm and was being brought to a distribution center to be sorted and tested.

"This was basically their entire harvest," Rogoway said. "Their entire year was in the back of this vehicle. If that cannabis is destroyed, it really puts at risk the safety and well-being of their family."

He worried the arrest could have a chilling effect as the state and local governments encourage marijuana businesses to come out of the shadows and adhere to regulations to ensure a level playing field for all.

"This incident highlights the fear that many people have," he said. "It takes a lot to be a compliant operator. Even if they follow through with the whole process, something bad can happen. This is a perfect example." 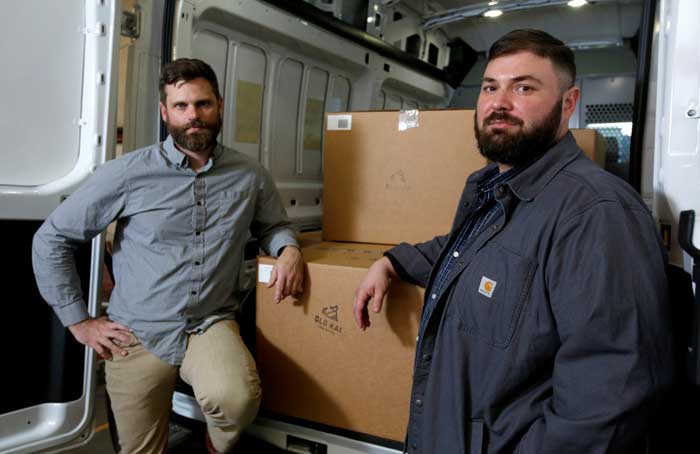