CA: Modesto Not Decided On Having Marijuana Businesses, But It Could Have A Tax Ready

Modesto voters in November will decide whether to impose a tax of as much as 10 percent on marijuana businesses, whose proceeds the city says would be used for any government purpose, including parks and recreation, neighborhood safety and creating jobs.

The City Council voted 5-2 on Tuesday to place a cannabis business tax on the ballot. The tax would apply to gross receipts at medical and nonmedical marijuana businesses. The council also was briefed on the results of a voter survey of the tax, which showed strong support for it.

Councilmen Bill Zoslocki and Doug Ridenour voted "no," saying they want Modesto to work with Stanislaus County on developing uniform regulations in response to legal marijuana. They also said the county has services and resources the city lacks regarding this issue. Acting City Manager Joe Lopez said the council's decision to put a tax on the ballot does not preclude the city from working with the county.

While the council voted to put the tax on the ballot, it has yet to decide whether to allow marijuana businesses in Modesto. Those discussions are expected to start soon. City officials say it was important to get a general tax on the November ballot because the next time Modesto could do so would be November 2019. A general tax requires a simple majority to pass.

"The City currently prohibits cannabis businesses," a city report states. "Placing the Cannabis Business Tax on the ballot does not change this, but would allow the City to have a tax available for implementation should these businesses be allowed at a later date."

Modesto is looking at taxes and regulations after California voters approved Proposition 64, the Adult Use of Marijuana Act, in November 2016. The act allows for the personal use of marijuana by adults 21 and older. It allows for commercial activities, including cultivation, manufacturing and distribution, as well as retail sales.

Modesto hired Godbe Research at a cost not to exceed $27,000 to conduct the survey. The survey of 421 voters showed 63.7 percent of them would support the tax and that rose to 66.4 percent once they learned more about the tax and how it would be used. Both are above the simple majority the tax needs to pass. 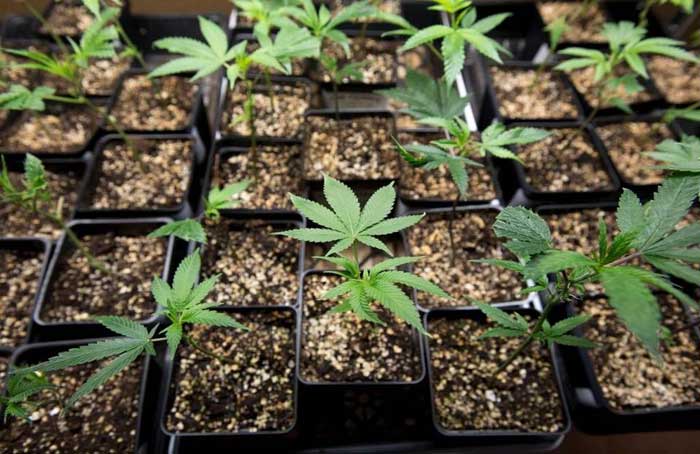