Medical marijuana sellers and users are urging Napa to loosen its planned rules on selling the drug within the city. If land-use authorities have their way, there may be more areas open to sales than city officials have previously sought.

Responding to a vocally pro-cannabis audience Thursday night at City Hall, the Planning Commission recommended more lenient rules for businesses selling the product for medicinal purposes. A package of eight changes the agency recommended to Napa's marijuana ordinance includes removing a requirement for all employees of a cannabis seller — not just owners and directors — to pass background checks, as well as dropping a demand for sellers to renew their city authorization annually, a step that industry figures warned would make it virtually impossible for sellers to get financing or insurance.

Other steps supported by city planners included looking at a wider range of zones for medical marijuana sales that could include some commercial retail areas, in addition to the medical, industrial and office-park neighborhoods Napa already has offered.

The city could later look at permitting the sale of cannabis products for recreational consumption as well as on-premises use of such products, according to the motion approved by all five commissioners.

The policy changes are meant to bring Napa in step with a 2015 package of state rules for growing, manufacturing and selling cannabis products, and launching state licensing of marijuana-based businesses in 2018.

How much of the looser framework becomes law will rest with the City Council, which is scheduled to vote Dec. 5 on Napa's marijuana ordinance. But planners made clear — in statements punctuated with clapping from a near-capacity audience — their hopes that marijuana could someday be bought, sold, regulated — and thought of — no differently than any other product in town.

"It's been criminal that it's been criminalized for so long," declared Gordon Huether. "If it were up to me, we would have high-end weed bars downtown. We should be leading the way."

Though Huether pointed to a need for a sound protective framework around a local marijuana retail market, he also saw little risk to expanding its bounds beyond sales.

"I don't think there's anything wrong with on-site consumption," he said. "Any of you been to Amsterdam? I don't see the world coming to an end over there."

Commissioner Paul Kelley asked patience from Napans as the city tries to pave the way for wider availability of cannabis and a place to buy it locally, a goal that has so far eluded officials throughout this decade.

"The ordinance, as drafted, has some integrated obsolescence, like an iPhone 6 that stops working right after a couple of generations," he quipped to audience laughs. "But some progress is better than none. ... In our first pass, we are working against 'no.' While everyone might walk away tonight wishing something had or hadn't been omitted, I hope we call can walk away with something."

Planners' support of a softer stance followed often impassioned pleas for wider cannabis access by more than a dozen speakers — none of them opponents of the drug — who argued Napa's proposed zoning was too limiting and would frustrate those needing the product for pain relief and disease symptoms — and often not able to easily travel to Vallejo dispensaries to resupply.

Among them was Micah Malan, who has been confined to a wheelchair since a 1996 car crash and uses marijuana to relieve pain. When the Napa County fires destroyed the family home earlier this month, he told planners, both his car and his supply also burned — forcing him to be apart from relatives at the most stressful of times.

"I had to remove myself from my family to seek cannabis in Vallejo," he said. "It was my worst nightmare come true; I was putting myself in danger so I could find some medicine. Let's tear down some of these walls to make this happen."

Several businesspeople offering cannabis in other counties — or trying to launch Napa-based businesses — pointed to restrictive zoning in the ordinance they feared could choke off retailing even without city hostility to the drug.

"There are very few properties available today in Napa," said Kimberly Washington, chief executive of Be Well Napa Valley, which is pursuing a dispensary in the city. "For what we're looking to do, we are really cornered in. We believe this is something that should be available, that should be seen and not hidden. It's pointless to create a medical dispensary that's difficult for the public to find."

Planners recommended adjusting some land-use rules to free up more sites for legal cannabis sales. In addition to possibly allowing dispensaries in zones marked for shopping centers, Napa also could slightly relax its ban on dispensaries next to or across from homes by leaving out homes originally zoned for other uses. The city also may allow cannabis sellers obeying a 1,000-foot minimum distance from schools and other youth-friendly sites to keep operating even if new child-centered enterprises later open nearby — places such as in-home day care centers, which are allowed in Napa by right and without a review.

Under the terms of the ordinance, Napa would "decriminalize" marijuana-based businesses rather than formally declaring them legal. While the sales ban would officially stay in effect, the city would provide sellers immunity so long as they obey local and state law. Retailers selling to patients and caregivers with a doctor's recommendation would be eligible for immunity — as would existing food businesses making cannabis-based edibles as a sideline — but commercial growers, warehouses and testing labs would not.

Community Development Director Rick Tooker said this apparent legal tap-dance is made necessary by the conflict with federal laws outlawing marijuana, a clash that stalled Napa's previous move toward allowing its first dispensary. The city withdrew an earlier ordinance for legal sales after a state appeals court in 2011 voided a similar policy in Long Beach.

The idea of decriminalizing — rather than embracing — medical marijuana stuck in the craw of city planners. "I understand we need something that's (legally) defensible," said Kelley, but we also have to rise up to the dignity of everyone who uses this product."

Napa's proposed ordinance also declares that residents can grow up to six marijuana plants per home — for medical or recreational use — outdoors as well as inside. Proposition 64, which California voters passed last year, makes the six-plant limit universal across the state but lets cities decide whether to allow personal outdoor cultivation.

Personal-use growers would be limited to 1,200 watts of grow lighting and forbidden to use any gas-based equipment. At least one bathroom must be kept in livable condition and free of pot plants, as well as the kitchen and all bathrooms. 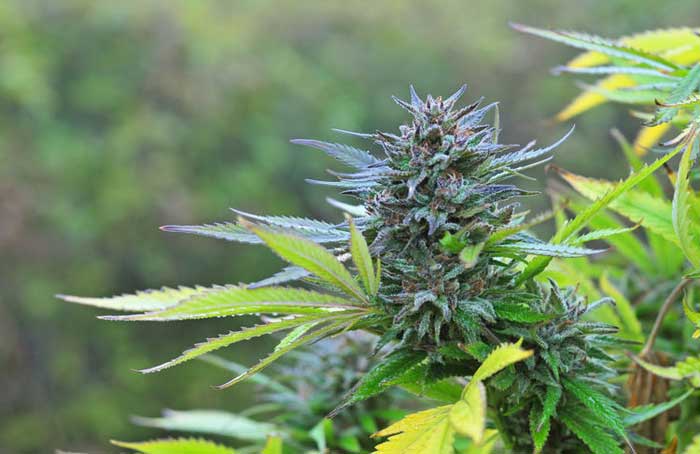 Napa's Pot Ordinance Was A Bust