Shangri La Care Cooperative, a medical marijuana club based in Ojai, has been raided three times since October 2015 and is seeking restitution for the value of property lost or destroyed during the raid, a lawsuit filed against the Sheriff's Department and the County of Ventura this month says.

On Oct. 6, 2015, Ventura County Sheriff's deputies approached Jeff Kroll, owner and president, in his car and detained him. For 10 hours, acting on a search warrant, deputies began taking items from Kroll's home and business, the Shangri La Care Cooperative, a nonprofit focused on sharing medical cannabis with its members in Ojai.

The Shangri La Cooperative was founded in 2009 and was the only such cooperative in the county. Medical marijuana dispensaries have been banned in most cities in Ventura County, but unlike a dispensary, Shangri La does not have a storefront and marijuana is grown and shared only among members.

Kroll says that during the 2015 raid deputies took several pounds of experimental strains of high-cannibanoid marijuana from his safe and took many plants belonging to the cooperative's members, leaving the cooperative crippled in providing for its membership, most of whom are seeking alternative methods to treat an illness.

Two months after the initial raid, the Sheriff's Department raided the cooperative yet again, taking more personal belongings from his home. The Department also raided Kroll's lawyer's offices, taking computers and other material. This raid came days after the cooperative had a meeting to discuss a potential lawsuit against the county and the Department.

Finally, in April of this year, the cooperative filed a claim to recover confiscated property - and only three days after submitting the claim, Kroll says, his home was raided during a "no knock" search warrant.

Now, the cooperative has filed a writ of mandamus pursuant to Code of Civil Procedure, section 1085, seeking the return of the cooperative and some 700 members' property or restitution in the amount of the value of property lost. The writ also includes the ability for patients of the Cooperative to seek damages if they have "suffered unique and different damages."

"I am supportive of the members standing up for their rights, even if it means, be as it may, that we may have retaliatory action against us again," said Kroll. Kroll adds that should Proposition 64 (the proposition that would legalize the use and cultivation of recreational marijuana) pass he hopes that its approval will put the discussion around marijuana on a "new common-sense footing."

"Police and sheriff agencies throughout California operate with hubris and lack of accountability that has lead to repeated damages for medical cannabis patients," said Matthew Pappas, attorney for Shangri La. "In this case, the county will pay millions of dollars for the actions outside the scope of the law."

It has been previously reported that Ventura County Sheriff Sgt. Jason Hendren said that Shangri La did not have license to operate in the county, and that the department is simply "enforcing the laws voters have approved and are in the books in California."

Kroll and members from the cooperative will take part in a pretrial conference on Monday, Nov. 14, and Tuesday, Nov. 15, at 8:15 a.m. at the Ventura County Superior Court, courtroom 14. The pretrial is open to the public. 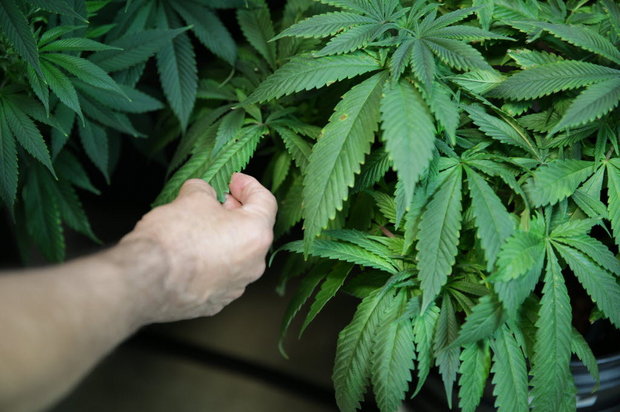