Let the voters decide. That's what Patrick Gorman of Palo Cedro says about the Shasta County Board of Supervisors' prohibition of commercial cannabis sales when recreational pot becomes legal throughout California on Jan. 1 and also of the county's previously existing ban on medicinal marijuana businesses.

The board's prohibition of commercial cannabis activity covers the unincorporated areas of Shasta County, not including the cities of Redding, Shasta Lake and Anderson.

In October, the county's Planning Commission recommended an ordinance that bars all commercial pot activity in the county, including storefronts and deliveries, which the board adopted this month. The planning panel did not address cultivation for personal use.

Gorman, 39, said he voted against Proposition 64, which legalized recreational marijuana in California as of Jan. 1, but argues now that it's the law, Shasta County is missing out on a share of the sales tax that the state will collect on the businesses.

"The Board of Supervisors has decided to ban all commercial cannabis activity for recreational and medical marijuana cultivation and sales and in doing so, they've opted out of any tax revenues generated statewide," he said.

He said the state treasurer estimates legal pot sales will result in up to $1 billion in revenue for a special tax fund that is earmarked for drug treatment, early drug intervention for youth, law enforcement and eradication of illegal grows, along with repairing environmental damage from marijuana gardens.

He said that's too much revenue for the county to ignore. Gorman says commercial marijuana sales almost would be a boost to the county's economy.

"I think that that issue is really something that should be decided by the voters," he said. "But if we are going to walk away from it, we need to make that decision as a community."

Gorman believes the five-member Board of Supervisors is doing what it believes is right, but he doesn't think the decision should be up to five people.

"I hope people will sign the referendum so it will be put on the November 2018 ballot. We can then have a discussion for or against whether or not we're going to allow commercial activity as a community and to what extent we will allow it," he said.

Gorman, an attorney, and his wife, Jill, are collecting signatures for the referendum to let voters have their say.

He gathered signatures outside the Redding Walmart on Nov. 18 and was inside the Mt. Shasta Mall in Redding on Saturday. The grass-roots effort appears to have a long way to go. Some 78 people signed the petition outside Walmart and the couple hoped to collect 50 signatures Saturday.

The drive needs to collect 5,612 valid signatures by mid-December for a referendum, according to Joanna Francescut, supervising staff services analyst for the Shasta County Clerk's Office.

If the referendum effort isn't successful, Gorman's plan is to organize a drive for an initiative that would accomplish similar goals.

"One way or another, it's an issue the voters need to decide," Patrick Gorman said. 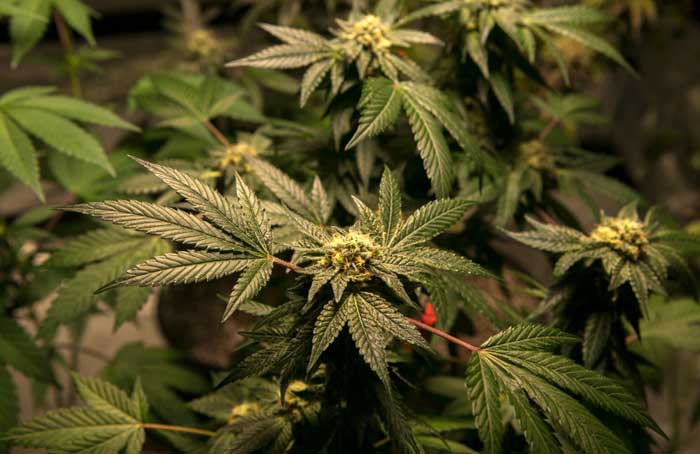