Rancho Cordova is exploring the potential positives and pitfalls of what a regulated commercial cannabis industry could mean for the city – but don't expect city officials to welcome marijuana-related businesses just yet.

Last week, city staff held an information-only workshop with the Rancho Cordova City Council looking at those possible impacts. Rancho Cordova currently bans commercial cannabis, with the only exceptions being uses allowed under Proposition 64, which legalized recreational marijuana use in California. The law was passed by state voters in November.

By the end of this month, Sacramento could have its first permitting hearings for proposed commercial marijuana businesses. Rancho Cordova officials are watching.

After Proposition 64's passage, the city put together a working group of staff from departments including economic development, police, code enforcement, the city attorney's office and community development to gather information on the issue. The city also hired Southern California consulting firm HdL Cos. to look at how allowing commercial cannabis in certain zones could impact the city.

Commercial cannabis could bring $840,000 to $1.2 million in local tax revenue annually for Rancho Cordova, according to the a presentation put together by HdL. The analysis assumes that three cultivation facilities with 10,000 square feet each of canopy space could generate $4 million in annual revenue, and two manufacturers and one dispensary could generate $3 million.

HdL qualified its forecast, however, stating that the emerging nature of the market makes it "difficult to make an accurate assessment."

He said that the discussion is taking place because Proposition 64 allows cities and counties to decide whether to allow commercial cannabis businesses within their jurisdictions.

"We don't want to be the pioneers on this one," Haven told the Business Journal on Monday, saying the city isn't motivated by money or potential tax revenues. "We want to learn from other cities and counties."

Haven said he expects Rancho Cordova will have another City Council workshop dedicated to the issue in five or six months. In the meantime, the city's interested in learning more about best practices in other locations, and whether a regulated commercial cannabis industry would impact existing businesses and public safety.

The city of Sacramento, meanwhile, is moving ahead with allowing commercial cannabis businesses in some areas. In March, Sacramento City Council approved the process for issuing marijuana cultivation permits, and shortly afterward approved manufacturing permits for edibles and related items.

Some real estate observers have said the rush of potential cultivators has caused industrial property values to rise.

Plus, Sacramento already has 30 storefront medical marijuana dispensaries, which are expected to bring in $4.8 million in business operations tax funds this year.

By the end of this month, Sacramento could have its first permitting hearings for proposed commercial marijuana businesses.

However, even if those projects are approved at the local level, those possessing commercial cannabis permits would also need a state license to sell. The state isn't expected to finalize its regulations with regard to commercial marijuana permits until January.

Like Rancho Cordova, the cities of Roseville, Citrus Heights, Folsom and Elk Grove, along with Sacramento County, do not allow commercial marijuana businesses in their jurisdictions.

Reaction on the five-member Rancho Cordova City Council is mixed.

Councilman David Sander said he could consider supporting indoor commercial cannabis regulations in some parts of the city, but only if there are ways to ensure public safety and property values are protected.

Additionally, Sander said he wouldn't want commercial cannabis to damage the city's image. In that regard, he would not want any cannabis product labeled as coming from Rancho Cordova.

Sander said in his experience, those who support commercial cannabis for Rancho Cordova live outside of the city, while city residents are generally opposed.

Still, he's interested in seeing how the industry develops elsewhere. "There is a grand experiment here," he said. "We don't know what the outcome is."

Rancho Cordova Vice Mayor Linda Budge told the Business Journal the council has not developed a position yet, and that she "can't say I am leaning one way or another."

Budge said when the next workshop happens, she would like more information about the level to which commercial cannabis operations have been successful in states like Washington and Colorado, where recreational pot's been legal for a few years. She would also like to know more about the impacts commercial cannabis has had on law enforcement in those states.

On a local level, Budge said she's interested in seeing how the commercial cannabis industry develops in the city of Sacramento. "We are privy to what could be an excellent test case," she said.

Under Proposition 64, an adult age 21 or older can grow up to six cannabis plants in a private residence and possess up to 28.5 grams of dried product. 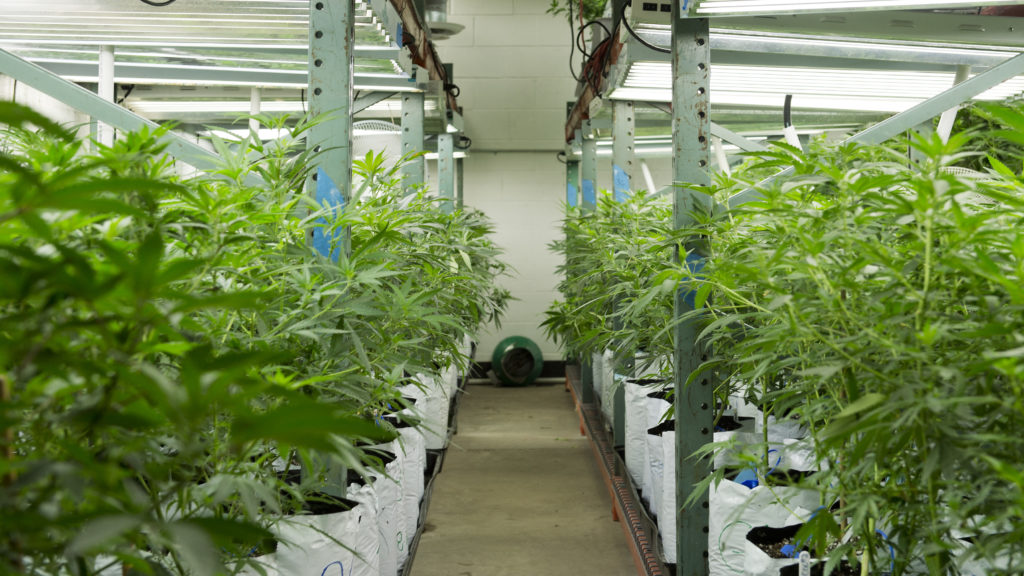